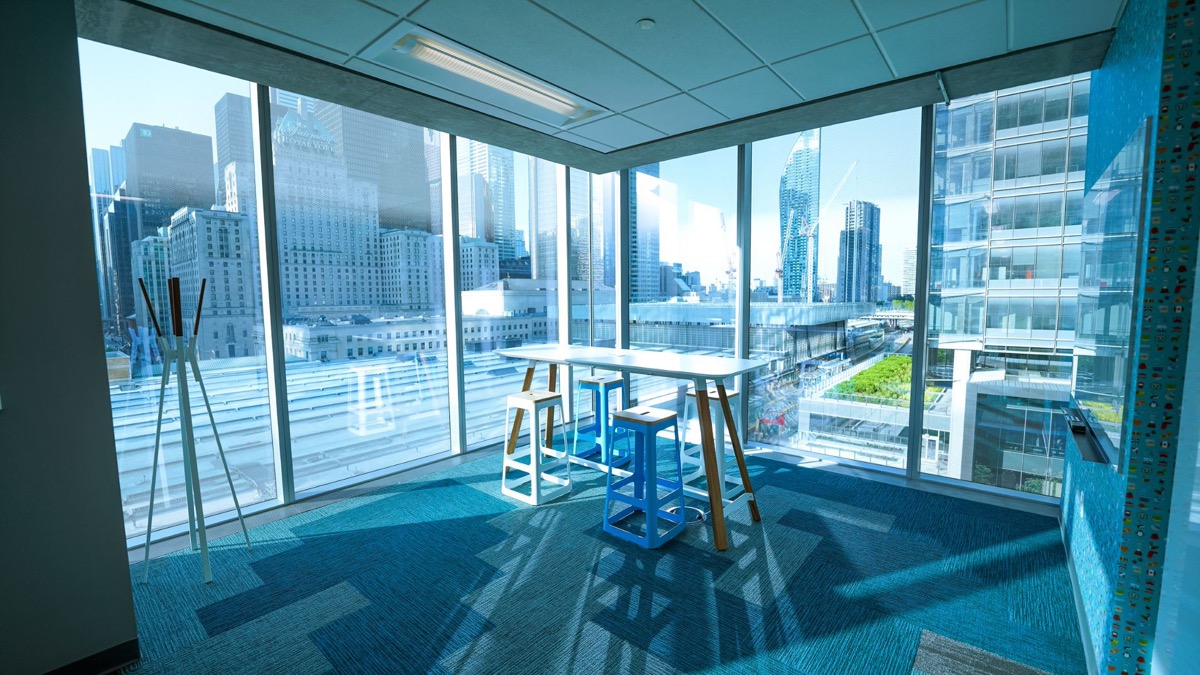 The retail giant’s total square footage of permanent office space across the three buildings in Toronto is 350,000 square feet. The expansion of three additional floors at YYZ18 will add over 75,000 square feet to Amazon’s footprint in the building.

YYZ18, which is a part of the Southcore Financial Centre (SFC), also has a number of innovative features:

SFC’s sustainable design enables it to use as much as 40% less water than traditional office buildings during daily operations. During each building’s development, cisterns were installed to collect non-potable water, allowing SFC to amass and use large volumes of non-potable water each year.

SFC’s comprehensive waste management program exceeds the requirements of O. Reg. 103/94, “Source Separation Programs” by including all regulated items as well as additional ongoing consumables generated as a result of day-to-day activities.

An automatic shade system is uniquely part of the building’s envelope. This system, controlled by a roof-mounted sensor, recalculates and automatically raises or lowers blinds every 15 minutes according to external sunlight levels, cloud cover, reflections from surrounding structures, date and time, and group or floor conditions.

There are five bee hives on the third floor terrace of the Bremner Tower. As part of the sustainable site program, landscaping practices include planting native species and avoidance of pesticide use that can harm birds, butterflies and bees.

The SFC courtyard located on the 2nd floor is known as the urban park. The 3rd-floor sub-roofs at 18 York Street and 120 Bremner Boulevard house the urban forests.

Check out some more images of Amazon Canada’s new corporate office space in Toronto shared with iPhone in Canada, below: and 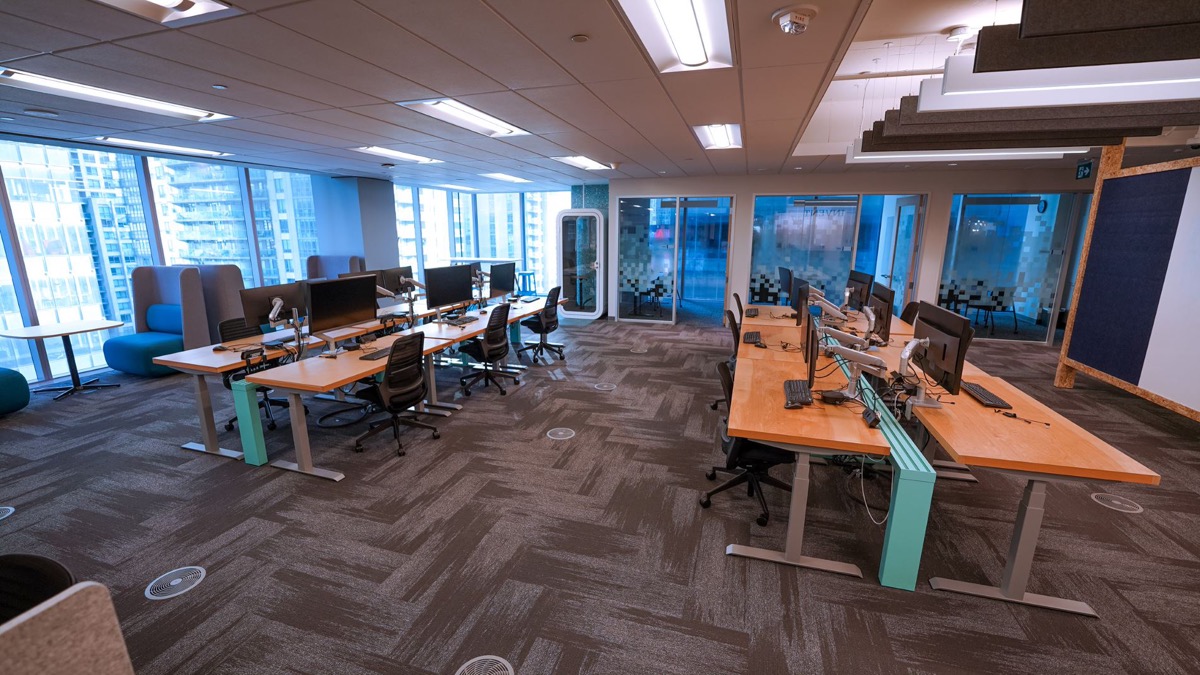 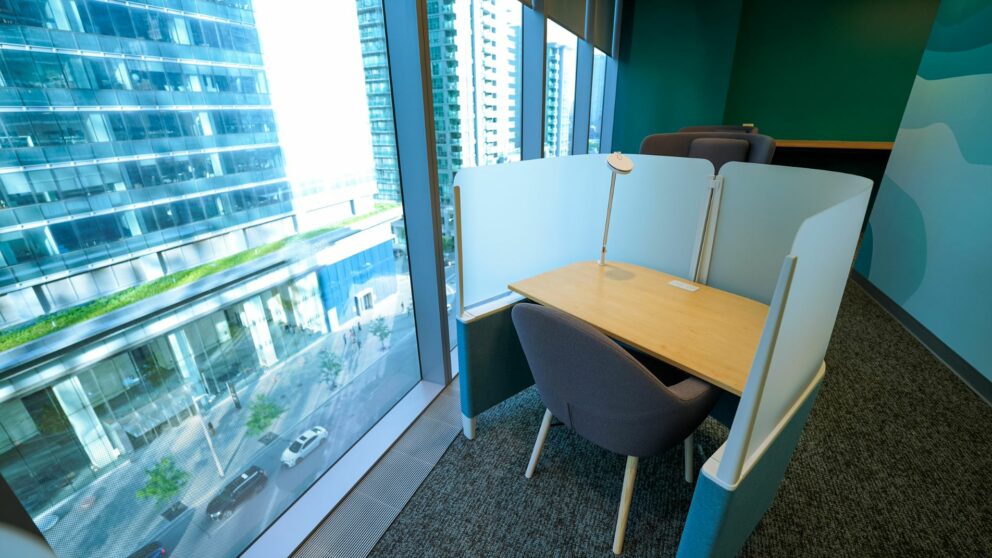