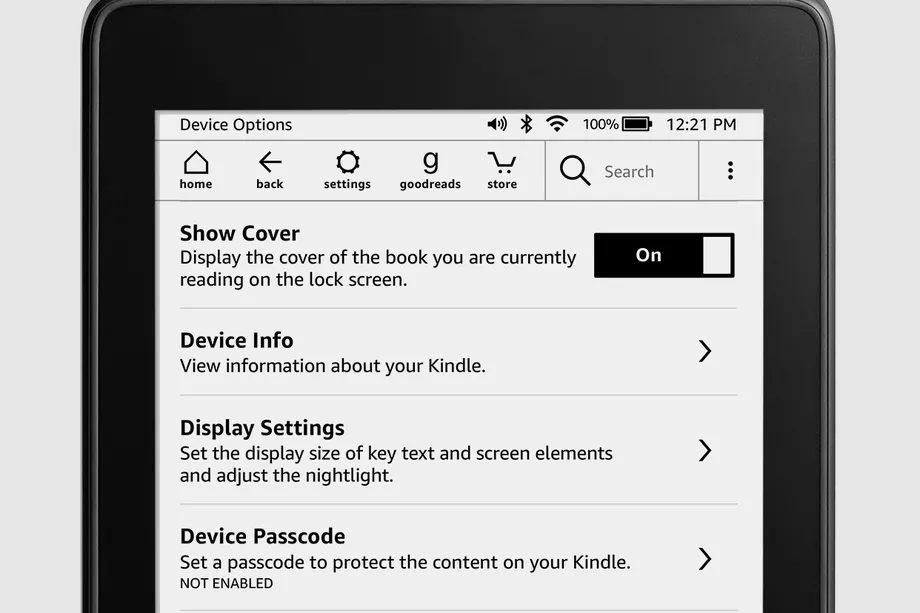 Amazon has done the unthinkable — Kindle users can now officially set the cover of whatever book they’re currently reading as their Kindle’s lock screen, reports The Verge.

Before Amazon introduced this new feature, you’d have to jailbreak your Kindle to use book covers as lock screen wallpapers. In fact, it was one of the biggest motivators for Kindle owners to jailbreak their devices.

The new Show Cover feature works with “most books, magazines, comics, and Manga” according to Amazon.

If you don’t know which Kindle E-Reader you own, you can identify it here. If you own a Kindle device that supports ads, you can have them disabled for $20 (or calling customer support and asking nicely, according to some reports).

On a supported Kindle device that’s also running the latest Kindle firmware, the Show Cover feature can be enabled by going to Settings > Device Options, and turning the Show Cover option on.

If you don’t already own a Kindle that can take advantage of this new feature, get one today on Amazon.ca.