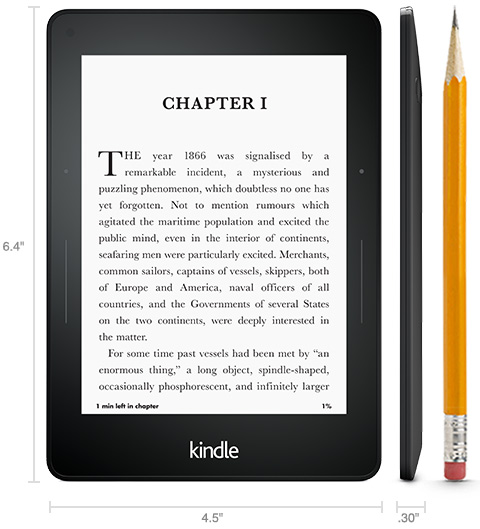 That aside, the Kindle Voyage is now available starting at $299.99 CAD for the Wi-Fi version ($369.99 for Wi-Fi and Free 3G) and has the same 6-inch, 300 ppi screen as the Paperwhite, but it has a built in adaptive light sensor, plus features PagePress, which is a pressure-based page turning built into the side bezel, with haptic feedback. The Voyage is also lighter than the Paperwhite by 25 grams or so and is slightly smaller and thinner by a few millimetres.

Amazon also told iPhone in Canada via email a Kindle E-Reader update is coming later this month over-the-air, which will offer new ways for customers to find books, with a personalized home screen. There will also be quicker access to popular settings by tapping the toolbar, more book recommendations and even easier ways to share book quotes with friends and family on social networks. 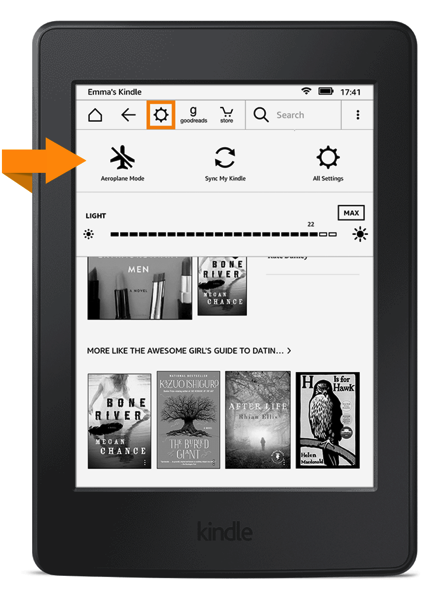 While the Kindle Voyage has nice adaptive lighting and easy page turns with PagePress, it does come at premium over the existing Kindle Paperwhite, which starts at $139.99. But if you’ve been waiting for this model to become available in Canada, here it is.

Click here to check out the Kindle Voyage from Amazon.ca.

Update: we reached out to Amazon to inquire about whether they were able to finalize their patent issue with the government. They would only respond with:

“We’re always evaluating the opportunity to expand our selection based on the needs and demands of customers. We heard from our customers that they wanted Kindle Voyage on Amazon.ca and we’re excited to make Kindle Voyage available in Canada.”

GoodeReader notes patent logs don’t indicate any changes have been made since the company’s January 2015 reexamination file into the patent case, so it looks like Amazon has just decided to sell this in Canada, or the issue has finalized.