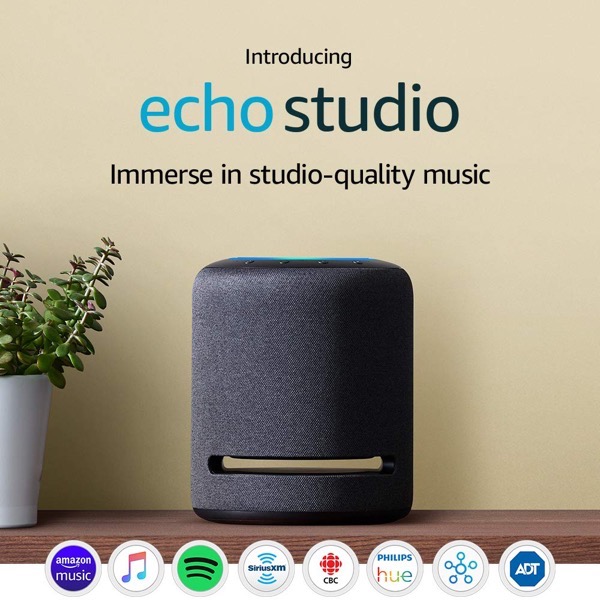 At a media event in Seattle today, Amazon announced new Echo products for 2019, which are now available for pre-order in Amazon.ca and shipping later this year.

Here’s what was announced, according to Amazon:

“We love hearing feedback from customers about how they use Alexa throughout their day—whether that’s listening to music, dropping in on a loved one or playing a game with the family,” said Tom Taylor, Senior Vice President, Amazon Alexa, in an issued statement to iPhone in Canada. “We hope these new Echo devices will give customers even more ways to access Alexa—whether that’s through the best-sounding Echo yet—Echo Studio, a reimagined Echo and Echo Dot, new designs like Echo Show 8 and Echo Flex.”

New Alexa features coming include Whisper Mode (you can whisper to Alexa and she’ll whisper back), multilingual capabilities for Canada to support both English and French, plus the ability to auto-delete voice recordings older than three or 18 months. Alexa will also be able to explain her responses and repeat what she heard from your queries.

Sadly, it looks like wearables such as the Echo Frames eyeglasses and Echo Loop smart ring won’t be available in Canada, along with wearable Echo Buds wireless earphones. Amazon Sidewalk, Echo Glow and Echo Flex are also not in Canada.

You can click here to check out all the new Echo devices over on Amazon.ca.