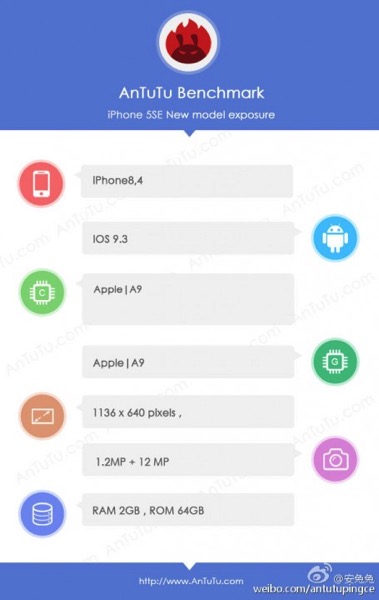 According to a report by SlashGear, AnTuTu’s benchmark tests performed on Apple’s new 4-inch iPhone SE somewhere in China have revealed that the device hosts exactly the same amount of RAM as the iPhone 6s i.e 2GB, with almost the same 130,000-ish overall benchmark score. As usual, Apple has not officially revealed any tech-specs of the iPhone SE, such as detailing the battery size or the amount of RAM inside it.

The iPhone SE is veritably the iPhone 6s in the 5s’ size and clothing. Pretty much all the specs, save things like Touch ID, 3D Touch, and resolution, are on par with the most recent, larger iPhone. It is no surprise then, to see AnTuTu confirm that 2 GB of RAM is indeed present inside as well. That definitely puts a lot of punch inside this small device.

It is interesting to note that AnTuTu gives the iPhone SE a total score of 134,358, which is actually slightly above the iPhone 6s and 6s Plus, averaging at 132,620. To put things in perspective, the Samsung Galaxy S7 scores 125,288 or around 105,000 in AnTuTu’s benchmarks, depending on which processor you are testing. 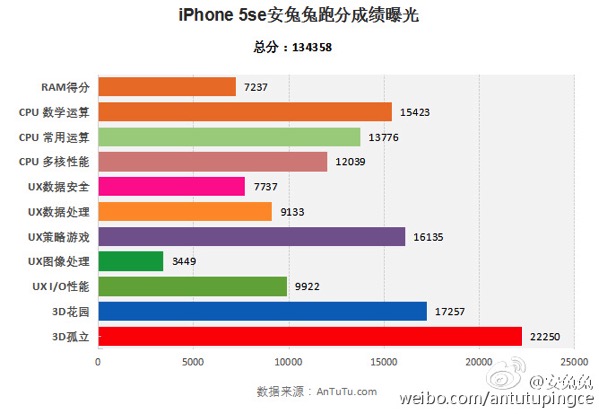 Looks like the new 4-incher is all set to give its competitors a run for their money. Do you agree?