According to an email released by the House Antitrust Subcommittee, Apple executive Eddy Cue offered Amazon CEO Jeff Bezos a 15% fee on Prime Video subscriptions that signed up through the app back in 2016, which is lower than the iPhone maker’s typical 30% fee for most in-app purchases (via CNBC News). 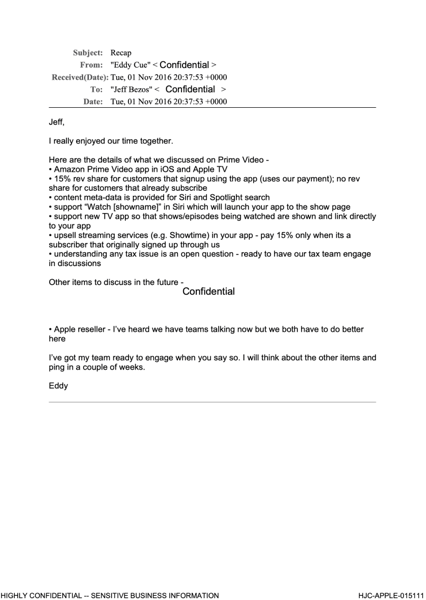 “We apply the rules to all developers evenly,” Apple CEO Tim Cook testified on Wednesday. However, the email clear suggests that big players can negotiate for better business terms on the App Store, contradicting Apple’s public stance that all apps are treated the same on its platform.

At some point in 2016, Bezos met with Eddy Cue and discussed business terms for this and other matters, according to the document released by the Antitrust Subcommittee.

In addition, Cue said that if Amazon was able to sell services like Showtime in its app, that Apple would only take 15% if the customer originally signed up through Apple.

Representatives for Apple and Amazon have not yet issued any official comment on the matter.