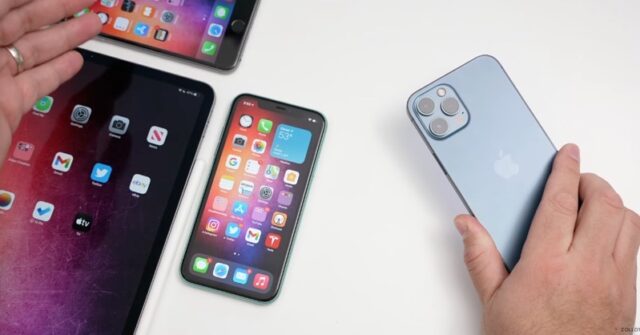 Apple is facing an antitrust complaint in France over its privacy and supposed use of personalized ads.

iOS 14.5 will introduce Apple’s App Tracking Transparency policy. Third-party developers and publishers must now ask a user’s permission to share data with third-party advertisers. However, the complaint argues that Apple is in a position where it can serve personalized ads through its own advertising network, playing on an unlevel playing field.

As Bloomberg first reported, the French complaint argues that Apple should be more transparent in its own ad policies. Due to having its own targeted ads by default, Apple’s apps can use personalized data from one app to another. From a technical level, Apple’s ad system does not go against its own policy. However, the complainant argues that Apple should ensure that if it is willing to enforce the new App Tracking Transparency policy, the company should be upfront in communicating its own ad sharing policy to the user. The complainant believes Apple’s ad system gives the company an unfair advantage over third-party developers.

Although Apple’s App Tracking Transparency policy will still affect the larger app developers, like Facebook and Amazon, it’s the smaller developers who will be affected the most. Under the policy, developers are able to use personalized data between a group of apps under the same developer ie: Facebook to Instagram to Messenger. The user must consent to have their data sent off to a third-party ad network. Though in Apple’s case, the company acts as both the developer with a long-range of apps and the ad network itself. Additionally, smaller developers do not have the resources to host their own ad platform and instead rely on the monetization granted through relationships with third-party ad networks.

The complainant wishes to see Apple treat its own ad network as it would any other from a third-party. It believes Apple has given itself an advantage on its mobile devices. iOS 14.5 has not released to the wide public, though the proposed introduction of the App Tracking Transparency policy has already begun to worry some developers and advertisers.