A new Apple patent filing made public today by the US Patent & Trademark Office (USPTO) has revealed an advanced self-driving vehicle driving system from the Cupertino tech giant, that can recognize intent signals from authorized drivers for controlling the motion of autonomous vehicles, PatentlyApple is reporting. 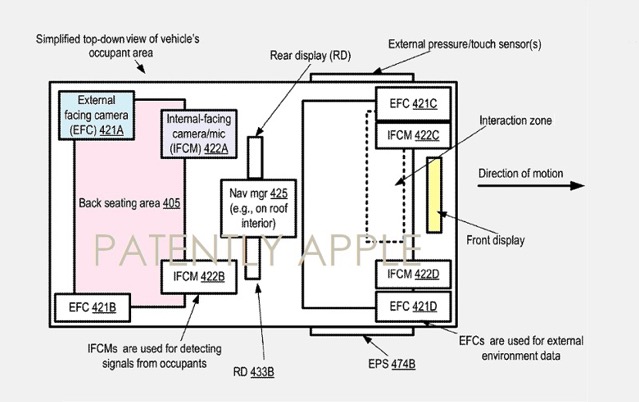 Apple notes that the signals may be used to determine a path, corresponding to an intent or goal of the individual, towards a particular vehicle stopping point in the vicinity of the destination.

Apple further notes that in some embodiments, the signals may comprise a voice command indicating a landmark or sign which may be visible from the vehicle, such as the equivalent of “Park near the gardening supplies entrance” or “Park near the cafeteria entrance”.

The patent application was originally filed by Apple in Q4 2017.