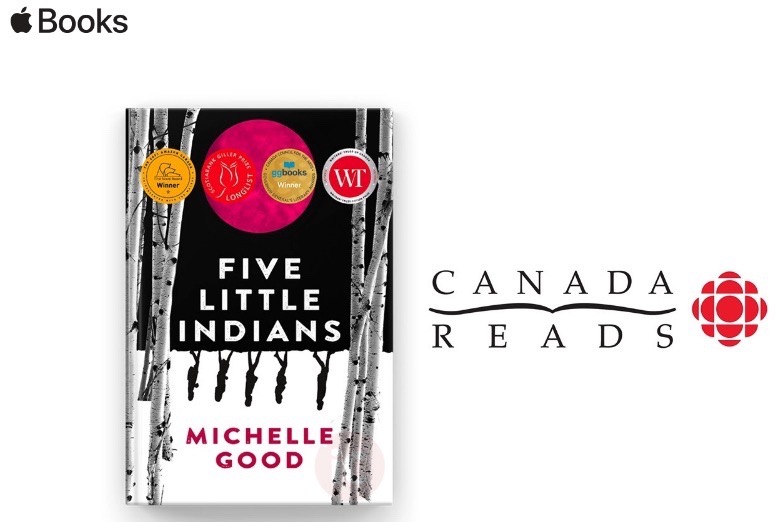 Canada Reads is a ‘battle of the books’ contest held annually by the CBC, first started in 2002 as a radio show, before it transitioned to television.

For 2022, the Canada Reads winner was the book ‘Five Little Indians’ by Ojibway author Michelle Good, announced on Thursday.

“The winner of Canada Reads is Michelle Good’s important and moving novel about the legacy of residential schools, championed by author and fashion writer Christian Allaire. You can get the book now — and don’t forget to check out the rest of the contenders and winners from previous years,” explained Apple in an email to customers.

The runner-up to ‘Five Little Indians’ was the novel ‘Scarborough’ by Toronto author Catherine Hernandez, losing in a 4-1 vote.

According to Amazon Canada, ‘Five Little Indians’ is currently the number one best-selling book on the site right now.

Apple Books has a page showcasing the 2022 Canada Reads winner, plus links to this year’s shortlist of book candidates and previous winners of the CBC book contest. Click here to check out the lists in Apple Books.