Apple ‘mic-dropped’ hard on Intel with Apple Silicon and now it appears to be moving onto Qualcomm.

According to Bloomberg’s Mark Gurman, Apple confirmed it started building its own cellular modem for future devices, as disclosed by the company’s senior vice president of hardware technologies, Johny Srouji, at a town hall meeting with employees, confirmed unnamed sources.

With Apple making its own cellular modem, that would mean it would eventually no longer rely on Qualcomm for modem chips, becoming even more vertically integrated.

“This year, we kicked off the development of our first internal cellular modem which will enable another key strategic transition,” said Srouji, adding, “Long-term strategic investments like these are a critical part of enabling our products and making sure we have a rich pipeline of innovative technologies for our future.”

According to the Apple executive, the 2019 acquisition of Intel’s modem business helped the iPhone maker create its own cellular modem.

The Apple executive said the company was working on a “family” of Mac chips. Bloomberg recently reported more Apple Silicon chips are coming soon, which will top the fastest CPUs from Intel.

We’ve all dreamed of a cellular connection for the Mac and possibly other products. This opens up some big possibilities of what Apple may have in store for the future. We already have cellular versions of iPad and Apple Watch. What’s next? 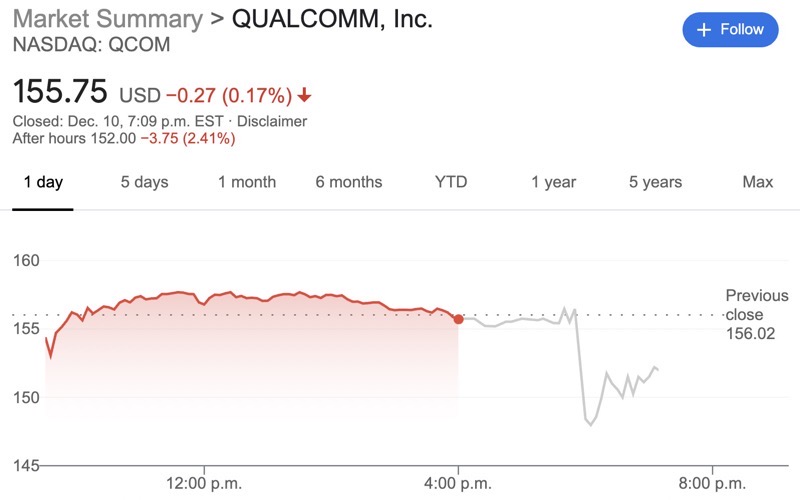 Shares of Qualcomm, as of writing, are down 3.75% in after-hours trading.