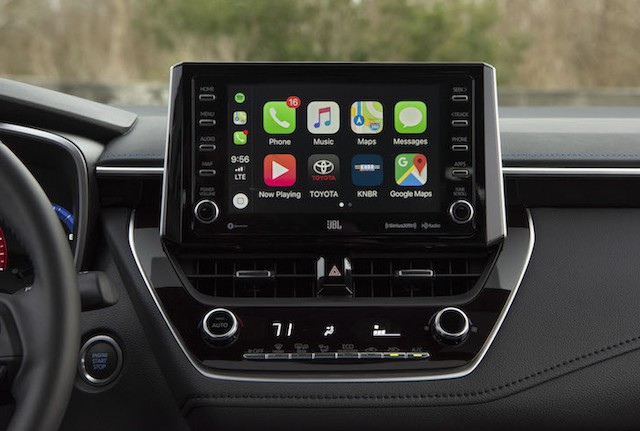 CNBC says Apple’s documented success with CarPlay would pave the way for and instill market confidence in an automotive software or even vehicle offering from the Cupertino, California, based tech giant.

Apple introduced CarPlay back in 2014 as a way for users to integrate their iPhones into car dashboards, basically turning the onboard infotainment system into a second screen for their iPhone.

CarPlay quickly became wildly popular with drivers as it brought a familiar interface and the ability to safely access apps on their phone, make/receive phone calls, and send text messages directly from their dashboard screens. Last year, Apple claimed that 80% of new cars sold around the world support CarPlay.

CarPlay became such a compelling addition to cars that even Toyota, one of the longest holdouts, added CarPlay support to its 2019 models and beyond.

According to a 2017 study from Strategy Analytics, 23% of new car buyers in the U.S. say their new car “must have” CarPlay and 56% percent are “interested” in having CarPlay in their new vehicle.

CarPlay may not contribute to Apple’s revenue, but it puts at least one of Apple’s fingers in the automotive pie and lends credence to reports of Apple working on self-driving software for vehicles and possibly even a self-driving vehicle.

At the beginning of the year, Hyundai confirmed that it was in early talks with Apple to manufacture an electric car for the iPhone maker.

Soon after, reports of the deal being finalized start surfacing, followed by reports of Hyundai kicking the contract over to Kia Motors, its subsidiary.

Not long after, Hyundai backtracked its original statement and said that it was no longer in talks with Apple for an automotive production project.

At the end of the day, Apple might just decide to develop software solutions and/or hardware offerings for autonomous vehicles, and the possibility of an Apple car may remain exactly that — a possibility.

However, regardless of what Apple’s next move in the automotive space is, the company’s success with CarPlay has the potential to lend a significant amount of weight and credibility to it.

Despite CarPlay not being a breadwinner for Apple and mainly serving as a way to hype up its iPhones, the company has continued to expand and improve it. Apple usually announces updates to CarPlay at WWDC, its annual developer conference, which is scheduled for June 7 this year.