Taiwan Semiconductor Manufacturing Co. (TSMC), who is expected to manufacture A-series chips for the iPhone and iPad, starting in 2014, is poised to take a large bite out of Samsung’s supply contract next year, according to a report from the Taipei Times (via AppleInsider). The Taiwanese chipmaker officially signed a deal with Apple back in June, after finally being able to meet Apple’s standards. 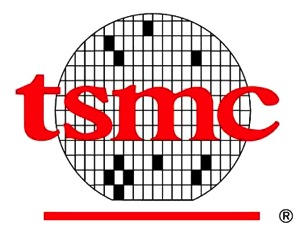 While speaking at TSMC’s annual supply chain forum, CEO Mark Liu noted that he predicts “a double-digit revenue bump” from the new 20-nanometer rollout. Analysts believe that his prediction could well be due in part to a large scale order from Apple. Eric Chen of Daiwa Capital Markets believes the Cupertino company will account for almost 10% of TSMC’s revenue in 2014. The source also highlights TSMC’s $5.53 billion in revenue for the third quarter of 2013, which is a new record for the company.

Taiwanese chipmaker TSMC gets set to ramp up production on its 20-nanometer process fab in January. CEO Mark Liu called the 20-nanometer rollout “the most critical ramp-up TSMC has carried out in years”.

In addition to the 20-nanometer ramp-up, TSMC is in the midst of rolling out a new 16-nanometer fab, which Liu says could start mass production as soon as next year.

Apple has worked together with Samsung for over five years to manufacture custom chips, and while the former is now seeking to distance its business relationship from the latter, that process won’t happen overnight as the Korean tech-giant provides a number of other critical parts for iOS devices.

WhatsApp has announced a new feature that allows users to create and send a call or chat link to anyone on WhatsApp, even if they’re not in your contacts. The company shared the news in a tweet posted earlier today, suggesting that you can simply add the link to an invite or send in a...
Usman Qureshi
7 mins ago

As noted by the folks over at MacRumors, the latest iOS 16.1 update brings live sports scores and other real-time activities to iPhone 14 Pro’s Dynamic Island. For those who haven’t upgraded to iOS 16.1 yet, it introduces a new Live Activities feature that allows iPhone users to keep tabs on are happening in real-time,...
Usman Qureshi
19 mins ago

India is pushing smartphone manufacturers to support its proprietary navigation system, Navigation with Indian Constellation (NavIC), on all new smartphones sold in the region by January 2023. However, Apple and other smartphone makers are concerned about the added cost and components of making the change — reports Reuters. NavIC is India's own alternative to the widely...
Nehal Malik
20 mins ago