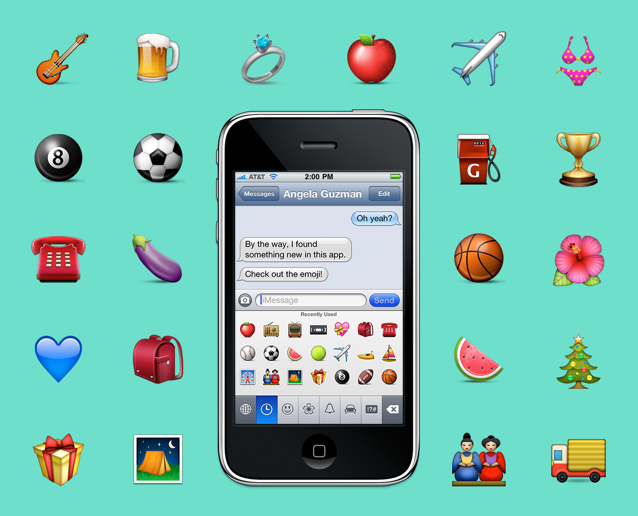 Apple’s iconic emoji font on iOS, which is officially called the ‘Apple Color Emoji’, made its debut as part of iPhone OS 2.2 on November 21, 2008, and is turning 10 years old today (via Emojipedia). Containing 471 emojis, it was originally created only for the Japanese market by three designers — Raymond Sepulveda, Angela Guzman, and Ollie Wagner.

One of the goals of Apple’s first emoji designs was to be compatible with the SoftBank emoji set from Japan. While each Apple emoji was created from scratch, there was an incentive to ensure these conveyed the same sentiment as the set already in use on other SoftBank phones.

What’s been clear in the years following the release of this set is that the convergence in emoji designs between platforms primarily skews toward the design choices made at Apple. Many in this first emoji set.

The majority of the original Apple emoji designs were created by Raymond and Angela, whereas Ollie helped create a couple of dozen emojis within the set.

Even today, Raymond works on the UI design team at Apple. Angela, however, has moved to Google, while Ollie is now the Creative Director at Yap Studios.

Emojipedia’s Jeremy Burge spoke to Angela on the Emoji Wrap podcast (embedded below) earlier this year, in which she shares what it was like being around when Steve Jobs approved the original emoji set.