Apple has today announced in a press release that it will be donating its portion of the proceeds from the documentary “John Lewis: Good Trouble” to the National Civil Rights Museum in Memphis, Tennessee, and the National Museum of African American History and Culture in Washington, D.C. 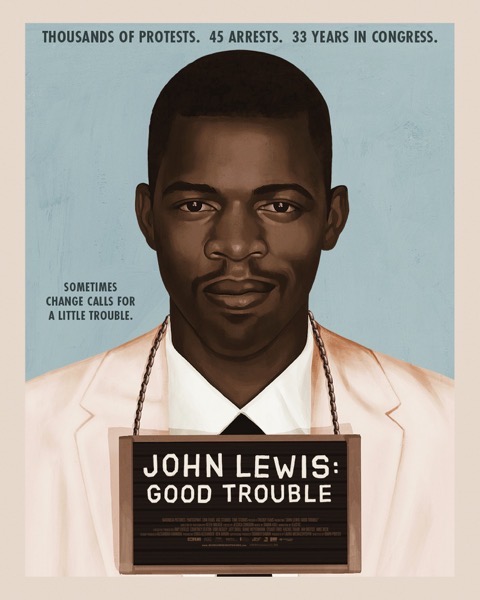 In her intimate account of legendary US Representative John Lewis’s life and legacy, director Dawn Porter takes audiences through his more than 60 years of extraordinary activism — from the bold teenager on the front lines of the civil rights movement to the legislative powerhouse he was throughout his career.

After Lewis petitioned Dr. Martin Luther King Jr. to help integrate a segregated school in his hometown of Troy, Alabama, King sent “the boy from Troy” a roundtrip bus ticket to meet with him. From that meeting onward, Lewis became one of King’s closest allies.

“Representative John Lewis’s life and example compel each of us to continue the fight for racial equity and justice,” said Lisa Jackson, Apple’s vice president of Environment, Policy and Social Initiatives.

Customers in the US and Canada can rent “John Lewis: Good Trouble” at apple.co/-goodtroubledoc on the Apple TV app.