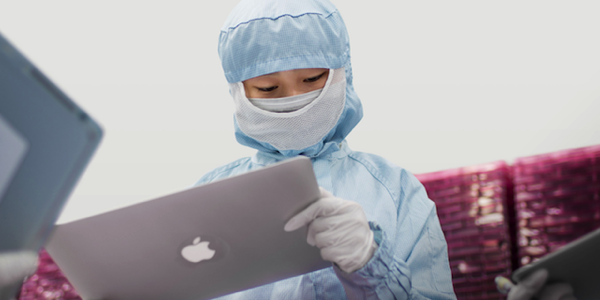 Apple on Wednesday filed the report for its “conflict mineral” audit for the year 2021 with the U.S. Securities and Exchange Commission (SEC) — reports CNet.

The filing reveals that Cupertino severed ties with 12 refineries and smelting companies over suspicions that proceeds from their ore sales were being used to finance armed conflicts.

According to the report, Apple dropped a dozen suppliers that mine tin, tantalum, tungsten, and gold (known as 3TG) in the Democratic Republic of the Congo and neighbouring countries after they refused to participate in the annual audit or “did not otherwise meet our requirements for the responsible sourcing of minerals.”

Apple requires that its suppliers adhere to a strict code of conduct and identify a wide array of risks, including “social, environmental, and human rights risks.” Apple has also pushed its suppliers towards transitioning to renewable energy in recent years.

“At Apple, our respect for human rights begins with our commitment to treating everyone with dignity and respect,” reads the third-party conflict mineral report.

“Apple’s Board of Directors has adopted a human rights policy … that governs how we treat everyone, including our customers, employees, business partners and people at every level of our supply chain.”

“Blood minerals,” as Apple calls them, have at times been used to fund armed groups associated with murder, rape, and other human rights violations in the countries where they are mined, such as the Democratic Republic of the Congo.

Since 2009, Apple has released 163 3TG smelters and refiners from their contracts over violations, said the company. Apple started publishing an annual conflict minerals disclosure and report in 2014, and has routinely purged its supply chain of non-compliant companies since.

According to the Wednesday filing, 2021 marks the seventh straight year that 100% of 3TG smelters and refiners in Apple’s supply chain met the standards of its audit.