The folks over at MacStories have just rolled out Apple Frames 2.0, an all-new version of their popular shortcut to put screenshots inside physical device frames of iOS and macOS devices. 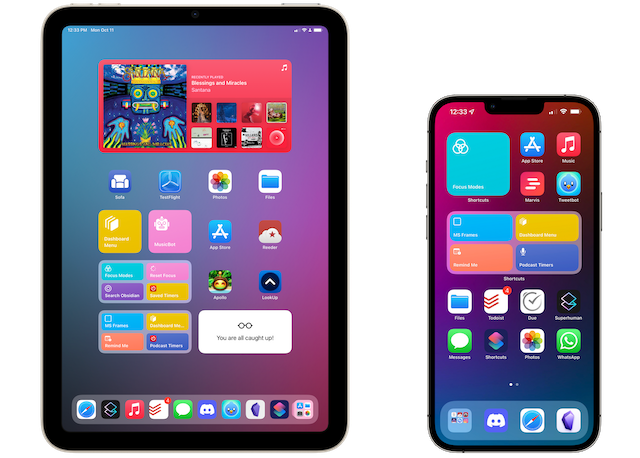 The new version is faster and lighter, comes with support for the latest iPhone 13 lineup and iPad mini, and supports framing iMac and MacBook Air screenshots as well. Apple Frames 2.0 is also available in seven different languages.

The first time you run Apple Frames 2.0, you will be asked to give it access to the ‘Shortcuts’ folder in iCloud Drive. Once done, Apple Frames will work completely offline and won’t need to communicate with any other web service.

“With this new foundation, I completely rewrote Apple Frames’s logic for checking screenshot resolutions and getting the proper device frames from the Files app. In the process, I made multiple image generation more reliable, which should result in improved performance when running Apple Frames from the Home Screen or Siri.”

You can download Apple Frames 2.0 below or by visiting this link.

Earlier this month Twitter’s ‘Chief Twit’ Elon Musk said encrypted direct messages were coming, and now we’re seeing evidence how the company will achieve this. According to researcher Jane Manchun Wong, she said on Saturday evening, “Twitter will adopt the Signal Protocol for Encrypted DMs. Seeing code references of the Signal Protocol inside Twitter’s iOS app.” […]
Gary Ng
41 mins ago

Virgin Plus has a new Black Friday deal that started today for Apple’s iPhone 13 with 128GB storage. You can get the iPhone 13 128GB for $5/month financing, with the current promo $45/50GB plan on a 24-month term. No upfront payments or bring-it-back terms. This deal was found at the Virgin Plus store at Square […]
IIC Deals
54 mins ago