Apple Gives Engineers Up to $180,000 in Bonuses to Not Jump Ship 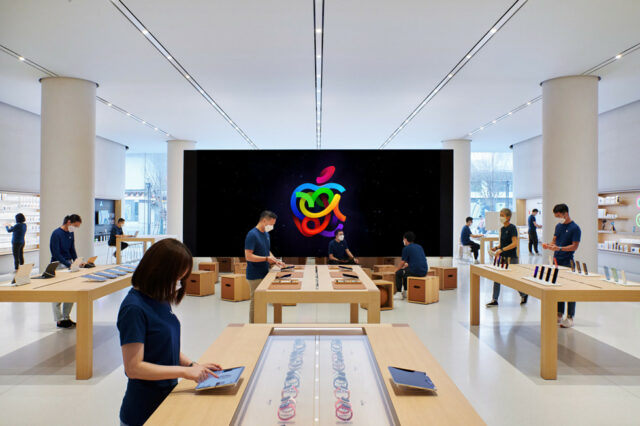 The bonuses ranged from about $50,000 USD to a whopping $180,000 USD for some employees and were handed out to a number of high-performing engineers in the company’s silicon design, hardware, and select software and operations departments, sources close to the matter told the publication.

The payouts aren’t included in Apple’s compensation packages, which consist of a base salary, stock units, and a cash bonus. While Apple does award additional cash rewards to employees on occasion, these bonuses are stock grants that are both larger than typical cash perks and surprisingly timed.

Managers informed qualifying employees of the out-of-cycle bonus last week. The bonuses are being paid out as restricted stock units that vest over four years, giving recipients added motivation to stay at the company.

These stock bonuses are uniquely timed to try and fend off competitors trying to win over Apple’s engineering talent. In the last few months alone, Meta Platforms has hired around 100 engineers from Apple.

That’s not to say that Apple hasn’t done some damage of its own — the Cupertino, California-based company has managed to steal some key Meta employees and reportedly whisked the latter’s communications director for AR away just last week.

Apple didn’t have to compete with Meta (then-Facebook) for talent nearly as much back when the former’s primary focus was software, but that has since changed. Between Meta now developing smartwatches (among other hardware) and Apple working on mixed reality headsets, there’s more overlap between the two tech giants than ever before.

The bonuses could have also soothed employee pushback on returning to the office (plans for which Apple has indefinitely put on hold in light of the recent resurgence of COVID-19), but that was if they hadn’t ended up rubbing employees who didn’t qualify for them the wrong way (which sources say they did).