Apple is scrambling to make changes to its in-app purchases (IAPs) system in the App Store, in order to settle a Federal Trade Commission (FTC) complaint that it billed consumers for millions of dollars of charges incurred by kids without their parents’ consent, ZDNet is reporting. The settlement requires Apple to change how it charges customers for IAPs no later than March 31, 2014. 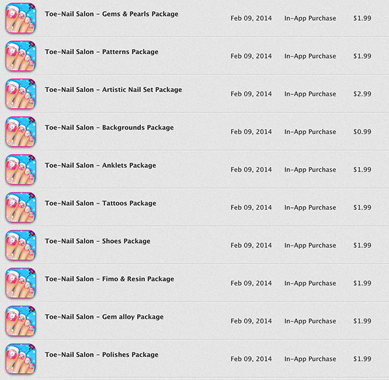 In 2011, FTC began investigating IAPs after parents complained about $100 charges for a game titled “wagon of Smurfberries”, alleging that Apple failed to mention parents that entering a password for an in-app purchase also allowed 15 minutes of unlimited purchases by anyone on the account without requiring a password.

Certain iOS game developers have taken advantage of this 15-minute no-password window, by flooding kids with offers to buy more features and time, betting on the fact that parents will not notice the charges.

In its settlement with the U.S. Government Apple agreed to make the following changes no later than March 31, 2014:

It is likely that we’ll soon see the end of the 15-minute no-password window as we know it.