According to a report by TechCrunch, Apple is looking to invest something between $400 and $500 Million to acquire Anobit, an Israel based flash storage maker. This will be the first acquisition by Apple with Tim Cook as CEO, if Hebrew reporter Calcalist’s story checks out. Anobit specializes in flash storage solutions for enterprise and mobile markets and making them cheap and reliable using its proprietary technology called MSP i.e Memory Signal Processing. For Apple, the Anobit acquisition would be bigger than any since the 1997 purchase of NeXT for $404 million that also brought back Steve Jobs. 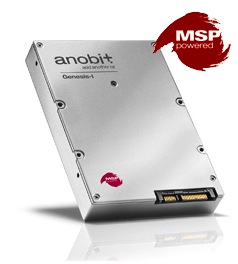 “Apple relies on the company’s solutions for the iPhone, iPad and MacBook Air product lines, among other devices. South Korean Hynix is said to use Anobit’s solution for a flash memory chip you can find inside the iPhone 4S.”

As noted by TechCrunch:

Apple is likely interested in Anobit for its MSP-powered MSP20xx embedded flash controllers for smartphones and tablet computers, which can significantly boost memory performance. Last August, Anobit announced that it had shipped a remarkable 20 million of said flash controllers.

Anobit does not publish a list of customers or references, but says its clients are among the world’s leading flash manufacturers, consumer electronics vendors and storage system providers.

If the acquisition does go ahead as planned, Apple will not only be able to control the performance of their flash-based iOS devices and MacBooks but also significantly reduce consumer prices since flash chips are among one of the biggest cost drivers.

Spotify is launching a new Home experience that includes feeds for both Music and Podcasts & Shows, making it easier for listeners to scroll through the type of content they’re looking for. The updated Spotify home screen will make the experience more personalized while allowing users to dig even deeper into their recommendations. In the...
Usman Qureshi
15 hours ago

Snapchat is launching a new in-app parental tool called 'Family Center,' to help parents get more insight into who their teens are friends with on the social media platform. With Family Center, parents can find out who their kids have been communicating with, without revealing any of the substance of those conversations. "Our new Family...
Usman Qureshi
16 hours ago