If you’re an Apple Maps user, you may have now noticed searched for hotels will now bring up reviews from Booking.com, making for an additional review partner for the service, to join Yelp (via MacRumors).

While users in the United States are also seeing hotel searches show up with TripAdvisor reviews, our quick test in Canada only brought up Booking.com in results, as seen in our screenshots below: 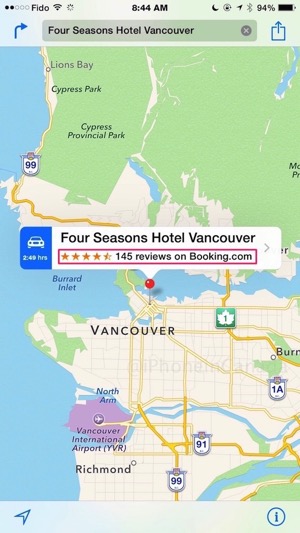 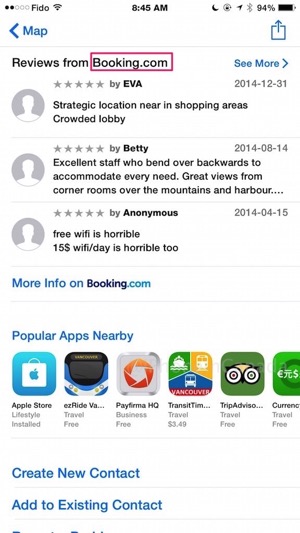 Tapping the link within Apple Maps results will open up Safari to show you the reviews from Booking.com.

We haven’t used Apple Maps in ages (it’s hiding in a folder), instead granting Google Maps the coveted spot on our iPhone’s home screen. While this brings convenient review information for hotel reviews, it’s not enough for us to switch over to Apple Maps.

Let us know if you see TripAdvisor results in Canada at all on top of reviews from Booking.com.