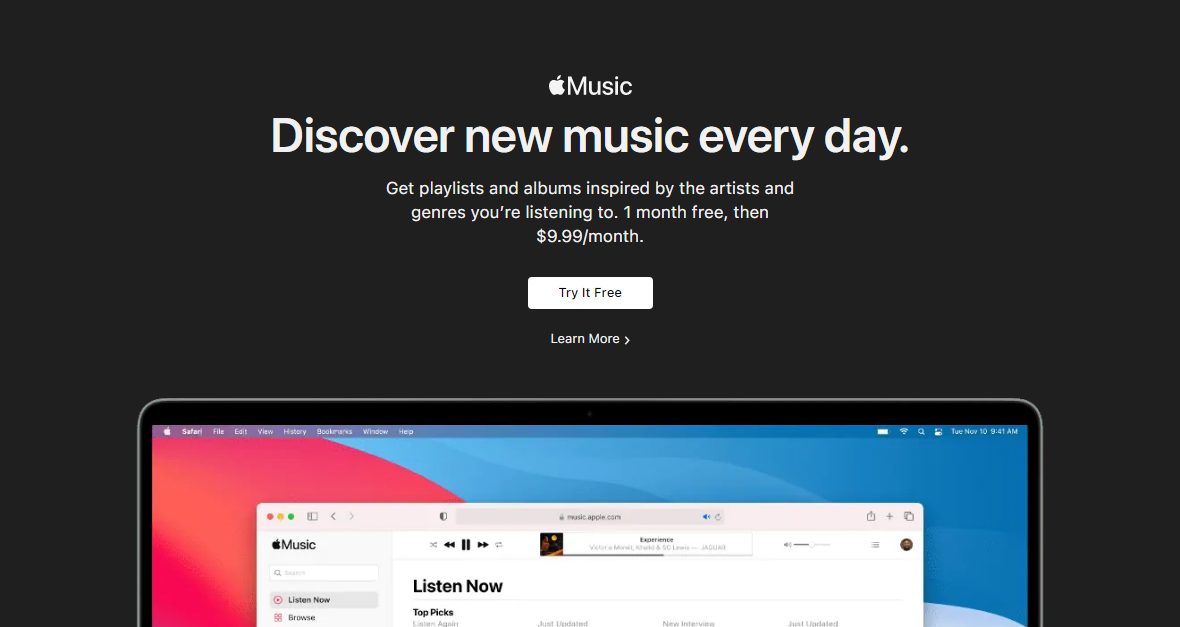 Apple has reduced the free trial period for Apple Music from three months to just one — as spotted by Mac Otakara (via MacRumors). The company snuck the change under the radar, amending the language on the Apple Music website to reflect the new trial terms.

Since Apple launched its music streaming service in 2015, the company has offered unprecedented three-month trials to new subscribers as opposed to the industry-standard one free month from competitors like Spotify.

The longer trial period was a competitive edge for Apple, with Spotify going as far as to temporarily offer extended three-month trials of its own at several points in order to compete.

Starting this week, new Apple Music subscribers will only get one free month of the service, after which their Apple Music plan will automatically renew at $9.99 per month until they cancel.

The change applies to all 150 countries in which Apple Music is available, including Canada, the United States, Australia, the United Kingdom, Japan, and others.

Customers who purchase eligible AirPods, Beats, or HomePod models will, at least for the time being, continue to get six free months of Apple Music.

If you’re looking to try out Apple Music and a one-month trial won’t cut it for you, you can still snag five free months of the music streaming service through a Shazam promo that expires February 15, 2022.

Netflix has made good on its warning of an impending crackdown on account password sharing in early 2023, explaining its new rules in a Help Center article (via The Streamable). According to Netflix's estimates, more than 100 million users across the globe use another person's Netflix account to access the service. Netflix hopes that implementing...
Nehal Malik
5 hours ago