Apple has today shared a bunch of new ads on YouTube, highlighting support for Apple Pencil on its low cost 2018 iPad. As noted by MacRumors, each video ranges from 12 seconds to 17 seconds in length and spotlights a different iPad and Apple Pencil feature or supported app. 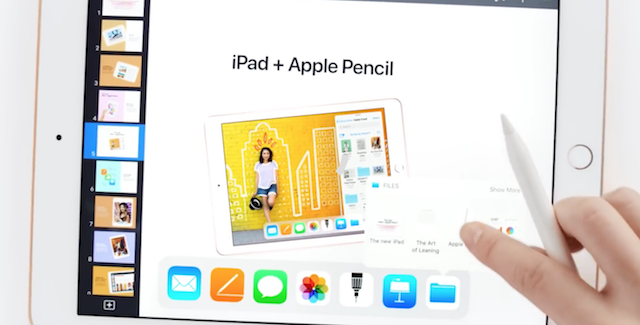 The first video demonstrated the Notes app, whereas the second one shows off the drawing app Tayasui Sketches Pro. Similarly, the third video highlights Apple Pencil integration in Keynote, where as the fourth video shows off the Markup feature that lets users edit screenshots, photos, images, and more.

While Apple has so far only shared these videos on the UK YouTube site, they will surely be used both in TV spots and across social media sites across the globe.

To optimize Chrome for your device’s battery and system memory, Google is introducing two new performance settings so Chrome uses up to 30% less memory and extends your battery when running low. To offer its users an improved browsing experience, Google is rolling out new Memory Saver and Energy Saver modes over the next several...
Usman Qureshi
15 mins ago

Following the release of iOS 16.2, Apple has limited the “Everyone” option in AirDrop to 10 minutes on iPhones for everyone, after which the receiving setting automatically reverts back to “Contacts Only” (via TechCrunch). Last month, Apple rolled out this restriction after applying the iOS 16.1.1 update exclusively in China, noting that the feature improves...
Usman Qureshi
42 mins ago