Apple’s war with Samsung over infringement of at least five of its design patents, is set to resume in the U.S. courts on Monday, beginning with jury selection for the second “patent trial of the century”, reports Fortune. While Samsung also claims that Apple stole two of its ideas to use on iPhones and iPads, it was ordered to pay $1.05 billion in by a federal jury in 2012, though the company appealed the decision and so far has been allowed to continue selling products using the technology. 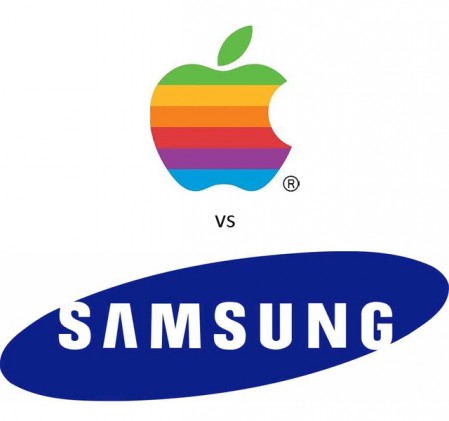 Ahead of the big trial’s beginning on Monday, Fortune’s Philip Elmer-DeWitt has gathered interesting excerpts from major publications, speculating the outcome of the patent trial:

Daisuke Wakabayashi, Wall Street Journal: This trial is going to be harder for Apple to win. “Apple had an easier story to tell in the first trial, because it could hold up the phones and say, ‘Look how similar that they are,'” said Mark Lemley, an intellectual-property attorney and law professor at Stanford University.

Florian Mueller, FOSS Patents: Apple demand for $2 billion is way over the line.Apple’s damages theory for the trial … is an objective insanity, and I say so even though Judge Koh allowed Apple to present it to the jury.

Brian Chen, New York Times: Apple’s real target is Google.Officially, it’s Apple versus Samsung Electronics in another tech patent face-off in a San Jose courtroom this week. But there is another company with a lot at stake in the case — Google.

Daniel Eran Dilger, AppleInsider: Samsung’s strategy is to claim all patents are over valued.So while Samsung is making a case to the public that both it and Apple have lots of patented technologies in the mobile arena that differentiate their respective products, the reality is that for its second trial, Samsung had to go out and buy a defense using patents others had filed nearly twenty years ago.

Apple is now demanding that Samsung should pay a $40 royalty for each device running software allegedly conceived by Apple, more than five times more than the amount sought in the previous trial. If Apple prevails, the costs to Samsung could reach $2 billion. Apple’s costs, if it lost, are expected to be about $6 million.