Apple Selling More Macs Than Ever By Overcoming Supply-Demand Issues

Apple has seen its Mac sales rise 31% year over year for the month of January, which according to Piper Jaffray analyst Gene Munster, is primarily because Apple is finally catching up with its iMac supply, AllThingsD is reporting. Latest data from NPD shows that Mac sales have increased significantly this year, although supplies of Apple’s new iMac still remain somewhat constrained. 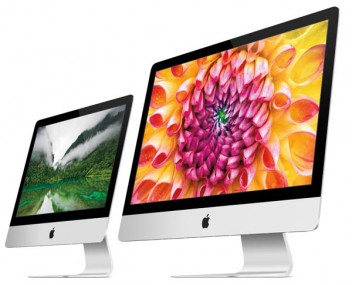 CEO Tim Cook noted during Apple’s last earnings report that iMac supplies hadn’t been what the company had hoped. He also said that sales would have been significantly higher if those constraints weren’t there. Cook went on to pledge that Apple would work hard to ramp up iMac production.

“On iMac, we are confident that we are going to significantly increase the supply,” Tim Cook said. “But the demand here is very strong, and we are not certain that we will achieve a supply-demand balance during the quarter.”

On its face, the NPD seems to bear this out. The increase in Mac sales is likely the result of Apple improving production.

But with shipping times for new iMacs still staying at 2-3-weeks / 3-4 weeks on the Apple Store, it appears the company is still not producing enough units to meet market demand.