Leading internet companies including Apple, Spotify, Facebook, and YouTube, have taken down all of Alex Jones’ conspiracy-driven content, saying the Infowars author had broken community standards. As pointed out by Reuters, only one program provided by Infowars, RealNews with David Knight, now remains on Apple’s podcasts platform. 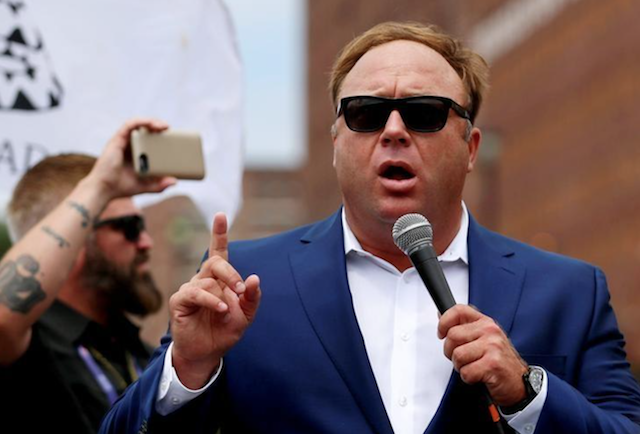 Apple deleted most of his podcasts and a spokeswoman said that the company “does not tolerate hate speech” and publishes guidelines that developers and publishers must follow. “Podcasts that violate these guidelines are removed from our directory making them no longer searchable or available for download or streaming,” Apple said in a statement.

Similarly, Spotify said that it had now removed all of Jones’s Infowars programs from its platform, after last week removing some programs. “Due to repeated violations of Spotify’s prohibited content policies, The Alex Jones Show has lost access to the Spotify platform,” said a Spotify representative.

The Alex Jones Channel on Alphabet Inc’s YouTube on Monday displayed a banner saying the account had been terminated for violating community guidelines, and a spokesperson added by email that repeated violation of policies such as those prohibiting hate speech and harassment led to the termination of accounts.

Jones has built a massive audience since founding Infowars in 1999. Among the theories he has promoted is that Sept. 11, 2001, attacks on New York and Washington were staged by the U.S. government.