Apple has announced a new collection of apps for Autism Acceptance Month, currently ongoing for April.

According to Autism Speaks Canada, autism spectrum disorder (ASD) identifies in one in 68 Canadian children. Apple says since its launch seven years ago, the iPad has “been a key communication tool for Autistic people.”

On top of iOS apps, watchOS apps such as Proloquo4Text has made it easier for those with ASD to communicate with people, as the latest version allows users to speak messages aloud directly from Apple Watch. Another ASD app is award-winning symbol-supported communication app Prooquo2Go, which helps people grow communication skills. 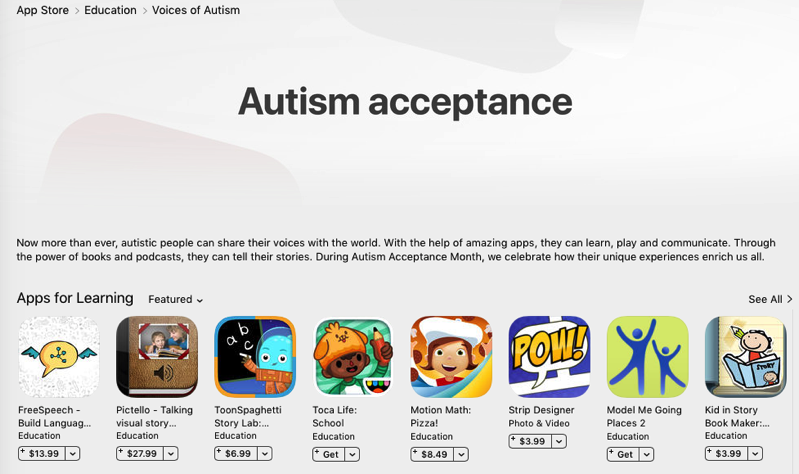 Also for April, Apple is offering a couple new Field Trip sessions available in Canada and worldwide: Storytime with Skoog and Rock Out with Skoog. Students will use this tactile and accessible instrument which is inclusive of children with disabilities, which makes music fun and inspiring.