Back on August 10, the Apple Store Sainte-Catherine in Montreal, Quebec, closed down due to COVID-19.

While Apple didn’t confirm if there was an outbreak of COVID-19 at the store, the company would only say it was “due to current COVID-19 conditions in some of the communities we serve.”

One anonymous tipster told iPhone in Canada the store shutdown was related to a store employee testing positive for COVID-19, but this remains unconfirmed.

But fast forward to today and now it appears the Sainte-Catherine Apple Store has reopened, as it marks (just over) 14 days (the quarantine period for COVID-19).

You can see a picture of the store below as shared by iPhone in Canada reader Edwin: 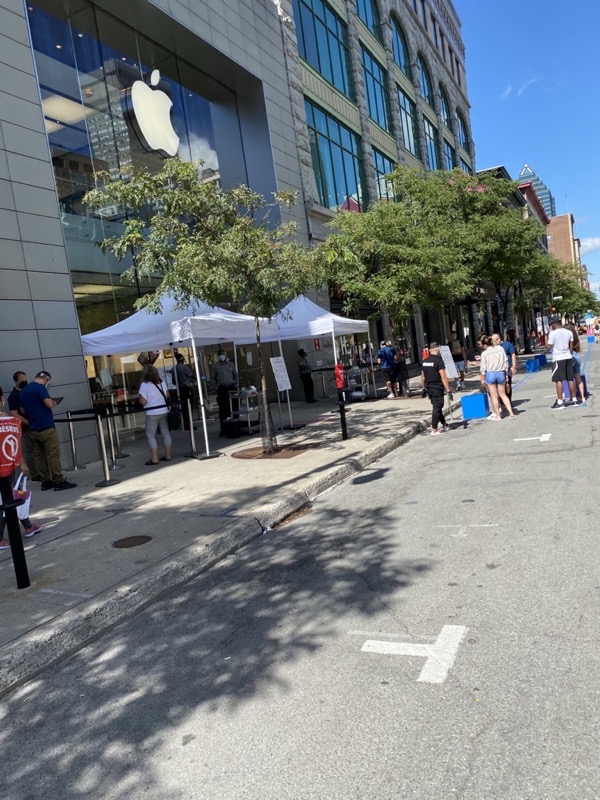 While calling the Apple Store Sainte-Catherine still results in a message saying the store is shut down, Apple has updated the store’s website to indeed confirm it as reopened but with limited operations.

“We’re currently open for pickup of online orders, Genius Support by making an appointment and shopping by reserving a one-on-one session with a Specialist. We look forward to resuming full operations as soon as it’s safe to do so,” explains the Apple website.

Store hours for the flagship Montreal Apple Store vary, but Monday-Friday hours are 9am to 8pm, while weekend hours are later from 10am to 6pm on Saturdays and 11am to 5pm on Sundays.