With Apple celebrating its 13th year as a brick-and-mortar retailer, an interactive map titled 13 Years of Apple Stores in 60 Seconds from Bonial.fr charts the expansion of Apple stores in the U.S. 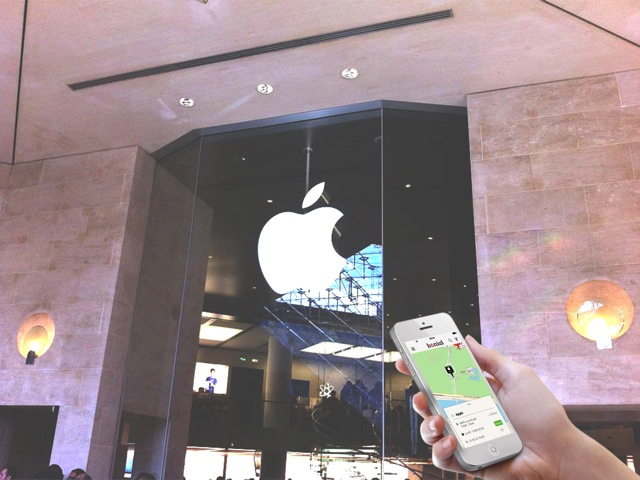 An interesting fact revealed by the map is that the first Apple retail store opened on the morning of May 19, 2001, at Tysons Corner Center, McLean, Virginia, while the second one opened just three hours later at 10 a.m. Pacific Time at Glendale Galleria in Glendale, California.

“Apple Stores were then implanted in the world with 427 stores and are currently present in over 16 countries, offering fans a unique experience. In France, Apple chose the exceptional setting of the Carrousel du Louvre to open its first store November 7, 2009. Today there are 16 Apple Stores across the Hexagon, with further openings planned soon.”

Experience the interactive map at this link and share your thoughts with us. 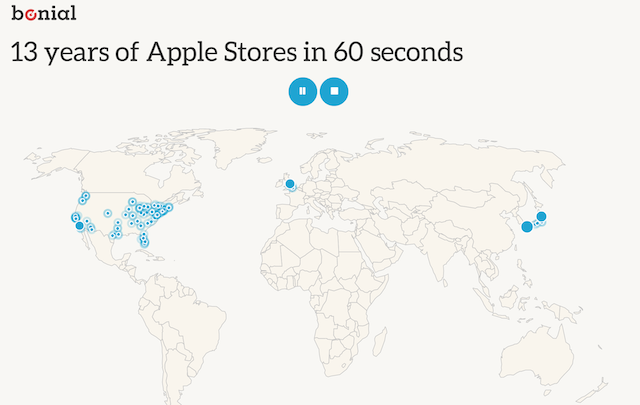