According to a new report by The Verge, an informal survey at Apple carried out internally by the company’s employees has revealed a 6% wage gap between the salaries of men and women, despite repeated claims of pay equity by the Cupertino tech giant. 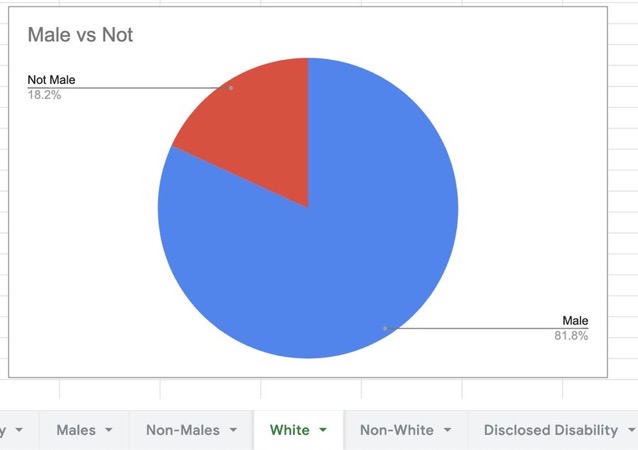 Although this reported gap is similar to the gender wage gap in San Francisco, which averages around 5%, it is rather disappointing for a company that claims people of all genders earn the same.

“We know pay equity was a problem in the past and Apple did something to fix it, but we’re having this conversation again because we’re seeing gaps in certain areas of the company,” said software engineer Cher Scarlett. “We want to know what Apple will do to prevent it from happening year-over-year,” she added.

Scarlett also says she found that there were far fewer women, non-binary, and non-white people in senior positions at the company.

Higher levels of the engineering organization show a partial reversal in this trend. The median pay for women in principal engineering roles is 1.2 percent higher than the median pay of men among survey respondents — but Scarlett is wary of the results. “Men in those high roles are less likely to respond to the survey because they’re the highest paid in the company, outside of leadership,” she says. There were far fewer respondents in this category than for mid-level technical roles.

“Apple has a firm and long‑standing commitment to pay equity. Globally, employees of all genders earn the same when engaging in similar work with comparable experience and performance. In the United States, the same is true for employees of all races and ethnicities. We don’t ask for salary history during the recruiting process. Our recruiters base offers on Apple employees in similar roles. And every year, we examine the compensation employees receive and ensure that we maintain pay equity.”

A group of Apple employees will present the results to Apple’s people team later this week.