According to an Apple-funded study published in the New England Journal of Medicine (NEJM) last year, the Apple Watch cannot detect atrial fibrillation or AFib at a heart rate greater than 120 beats per minute, Fortune is reporting. The information was supplied by Apple to the FDA for the feature’s approval. 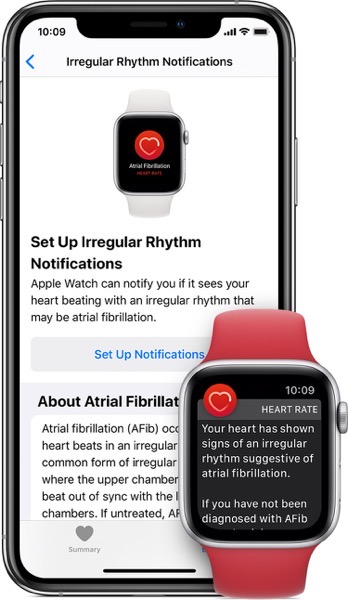 Apple clearly states on the Apple Watch support page that its smartwatch doesn’t diagnose AFib. It refers to any Apple Watch notification as a general indication that requires follow up by a doctor for an accurate diagnosis.

The company also openly indicates that its smartwatch “is not constantly looking for AFib,” and that “people with AFib may not get a notification.”

However, the source notes that the inability of the Watch to detect AFib when the user’s heart-rate is above 120bpm is a very significant limitation.

In another recent clinical study published in Circulation, researchers examined the ability of the Apple Watch to detect AFib in a group of patients post-cardiac surgery, a common complication after this procedure. The study found that the Apple Watch detected the abnormality in only 34 of 90 instances—an accuracy of only 41%.

Should this limitation impact the confidence users have in the Apple Watch considering the company has been transparent about the smartwatch’s limitations?