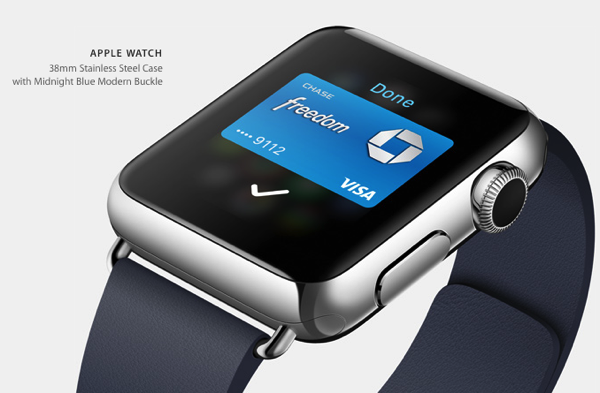 We told you about some Apple Watch tidbits the company didn’t have time to talk about at their keynote, but here’s another regarding how Apple Pay purchases are authorized by the smart watch.

With Touch ID absent on the Apple Watch, how does it know to authorize payments? Well, the answer lies in your skin. Here’s what Apple told Cult of Mac:

Thanks to sensors on the Apple Watch’s back, the device can tell when it’s being worn and when it has been taken off. When you first put the watch on, you must enter a code. When the watch is removed from your wrist, the watch locks itself and can’t be used for payments unless the code is entered again.

Canada’s Rene Ritchie from iMore got further clarification from Apple:

Watch uses passcode to authorize Pay. Authorized for as long as skin contact is maintained. If taken off, need to re-enter pin.

So basically once you remove Apple Watch and the connection to your wrist is broken, a pin code will be required to re-authorize the device for Apple Pay. Brilliant.

Uber Canada has renewed its commitment to Driving Change, a multi-year, multi-million dollar campaign where the ride-hailing giant partners with leading sexual assault and domestic violence partners around the world. In Canada, Uber is extending its ongoing partnerships with YWCA Canada, WomanACT, EVA BC, and Le Chaînon with $450,000 (CAD) over the next two years....
Usman Qureshi
12 mins ago