A small number of Apple Watch users with arm sleeve tattoos are reporting sensing issues, with the watch locking up every time the screen goes dark and prompting the user for the passcode. According to one Reddit user, he wouldn’t receive notifications even when the watch was in contact with his skin, that is tattooed with black ink. On the other hand however, a Twitter user has reported that his Apple Watch is working perfectly with a full sleeve tattoo, and has had no issues with Apple pay or heart rate. 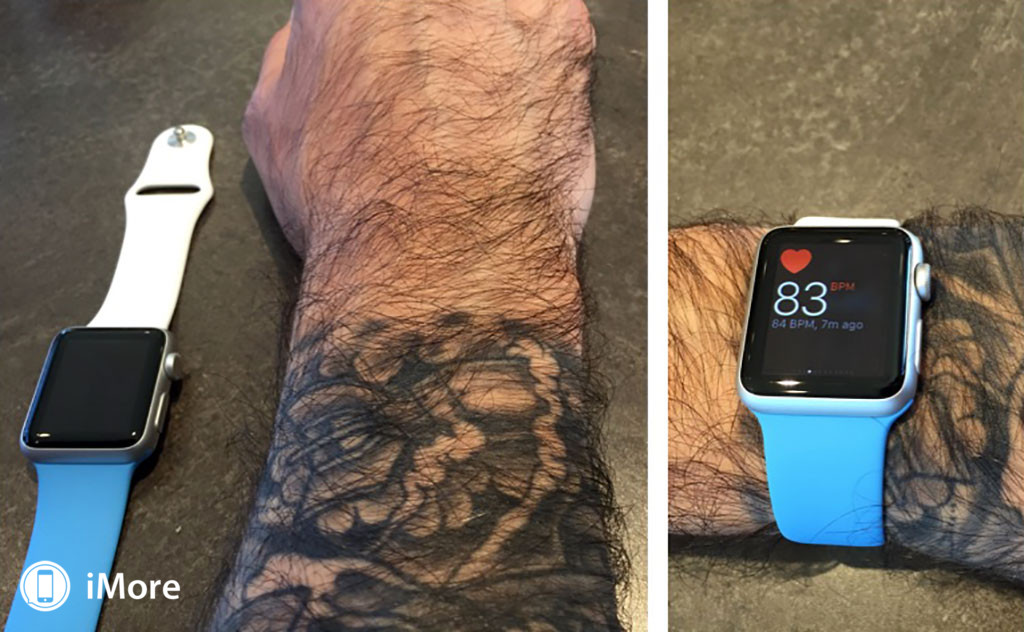 In an article by iMore, the fact that the ink pigmentation interferes with the Apple Watch’s sensors has been discussed in detail, and it seems that the effect is more pronounced if the tattoo happens to be a solid, darker colour. “This is has to do with the way Apple measures your heart rate”. Apple has explained in a support article that it uses various spectrums of light to track the blood flow through your skin. So anything that reduces that light’s reflectiveness, such as ink pigmentation within your skin, can interfere with the sensor.

While experiencing this issue, here’s how the Reddit user managed to work around it:

So I thought my shiny new 42mm SS watch had a bad wrist detector sensor. I was about to give up and call Apple tomorrow when I decided to try holding it against my hand (my left arm is sleeved and where I wear my watch is tattooed as well) and it worked.

Are you experiencing a similar issue with your Apple Watch?