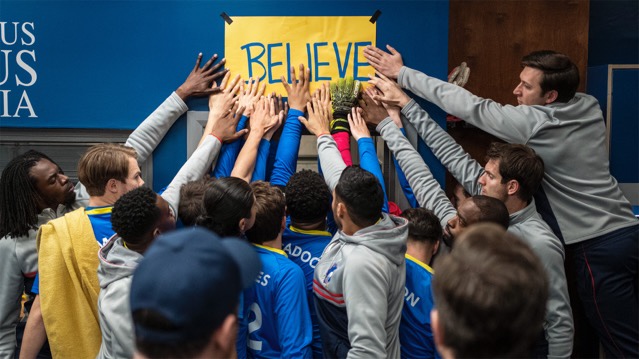 Ted Lasso has now joined the ranks of the following seven other comedy series in history that have landed Outstanding Comedy Series wins in their first two years:

“We’re so grateful and humbled to see ‘Ted Lasso’ honored with back-to-back wins for best comedy as audiences around the world continue to love the show and these characters as much as we do,” said Zack Van Amburg, Apple’s head of Worldwide Video. “It has been such an honor for all of us at Apple.”

In total, Apple TV+ has won 9 Emmys this year, honours for ‘Carpool Karaoke: The Series,’ ‘Severance,’ ‘Schmigadoon!,’ and ‘Home Before Dark.’

Apple Original series, films, and documentaries have now been honoured with 275 wins and 1,152 award nominations, including this year’s historic win at the Oscars as ‘CODA’ took home Best Picture and made Apple the first streamer to win the category.