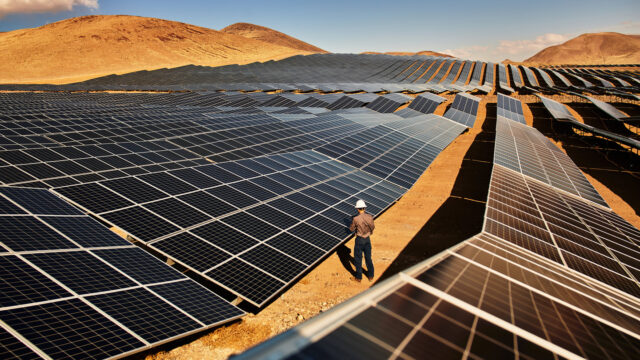 In a press release from Apple, the company states that it has helped to add 350 megawatts of newly installed renewable energy in Nevada, Illinois, Virginia, and Denmark throughout 2020. Apple’s Green Bond initiative is said to now be amongst the largest in the private sector.

Apple’s vice president of Environment, Policy, and Social Initiatives, Lisa Jackson, has said that Apple is “dedicated to protecting the planet”. Jackson also stated that since 2016, Apple has contributed $4.7 billion in Green Bonds. The first Green Bond came in 2016, with the company issuing $1.5 billion. The year following, Apple issues $1 billion following the former US Administration announced it would withdraw from the United Nations Climate Change Conference’s climate change agreement. In 2019, Apple issued its third Green Bond and its first in Europe, totalling approximately $2.2 billion.

Apple also went on to highlight many of the initiatives its investment in clean energy has helped to create. The company gave an overview of the solar panel projects in both Reno, Nevada and Fredericksburg, Virginia. Additionally, Apple gave an overview of Chicago’s wind farm and Denmark’s wind turbines.

Apple has firmly set its commitment to invest in projects that address carbon emissions. The company has stated that it will be funding new projects that support “low carbon design and engineering, energy efficiency, renewable energy, carbon mitigation, and carbon sequestration”. In July 2020, Apple gave an overview of its plan to be completely carbon neutral by 2030. Per Apple’s initiative, the company hopes to achieve net-zero climate impact with each Apple device sold.

While Sony is yet to officially announce its selection of free games coming to PlayStation Plus subscribers in December, the lineup appears to have already leaked. According to the leakers at Deallabs, who have a 100% accurate record of sharing early PlayStation game leaks, Mass Effect Legendary Edition, Biomutant, and Divine Knockout are coming to PlayStation...
Usman Qureshi
4 mins ago

In celebration of Computer Science Education Week, Apple is introducing a new Today at Apple session, Coding Lab for Kids: Code Your First App, at Apple Store locations around the world beginning December 5. For those who aren’t familiar, the Today at Apple program offers free, daily in-store sessions that assist customers in unleashing their...
Usman Qureshi
19 mins ago