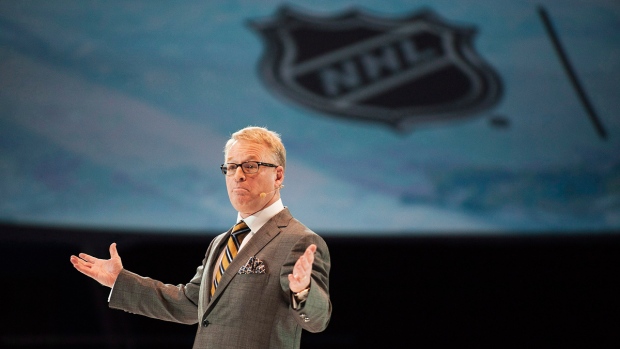 According to a report by CTV News, Bell and Rogers, two of Canada’s largest sports broadcasters, are battling over access to exclusive NHL content. Rogers is attempting through a regulatory battle whether certain NHL game content can be offered exclusively to its customers, while Bell TV is arguing that the GamePlus mobile app should be made available for free to all NHL GameCentre Live subscribers.

“Consumers who are not Rogers customers will be harmed as a result of being blocked from accessing this content,” Bell TV argues in a filing to the Canadian Radio-television and Telecommunications Commission.

Bell has noted in its statement that CRTC rules prohibit its Toronto-based rival from giving its own customers preferential access to the GamePlus mobile app. Rogers, who has until Nov. 20 to respond formally to the complaint, has however said in an emailed statement that the company believes the app is covered by an exemption for digital media broadcasting.

“It’s a shame that Bell is trying to stop innovation in hockey,” the Rogers statement says. “We have made significant investments in innovations to bring Canadians an enhanced experience and judging by the thousands of fans that are logging in every game night it is working.

“With GamePlus, each fan has a unique experience since they can choose the camera angles and the replays they want to watch. These user enabled camera angles were designed primarily for the Internet — we wouldn’t have developed them solely for broadcast use”.

Meanwhile, Bell has countered in its filing dated Oct. 14 that Rogers is trying to use a “loophole” in the exemption to undermine the regulator’s intent.

Once Rogers formally responds to the complaint, Bell will have a chance to make another written submission before the CRTC makes a decision.