Was the iPhone 6 Plus ‘Bendgate’ Video Faked? Clock Inaccuracies Bring Up Questions

Apple today responded to the overblown issue of ‘bend gate’, citing how only nine customers have contacted the company over their iPhone 6 Plus units.

Now, some analysis by Pocket-Lint brings up questions regarding the authenticity of the video, as the clock appears to show different times throughout the tests:

Notice the video shows the iPhone 6 Plus drastically bending at 1:40 minutes, and the time on the phone at that point displays 2:26 PM. The man in the video then proceeds to explain around 2:35 minutes into the video that he just finished bending the phone with his thumbs.

But there’s one problem with that version of events: The iPhone 6 Plus he supposedly “just” bent displays the time 1:59 PM around 2:45 minutes into the video, roughly 27 minutes before the smartphone is shown succumbing to little pressure.

The video was created by Toronto-based YouTube channel Unbox Therapy. The video has surpassed 26 million views in just two days, as ‘bendgate’ has gone viral. What do you guys think? Is the video real or fake?

Everytime Apple launches a new iPhone, there seems to be a new phonegate situation. AppleSpotlight provides a good history of these events:

Bendgate actually happened in 2012–but was missed by the mainstream media. 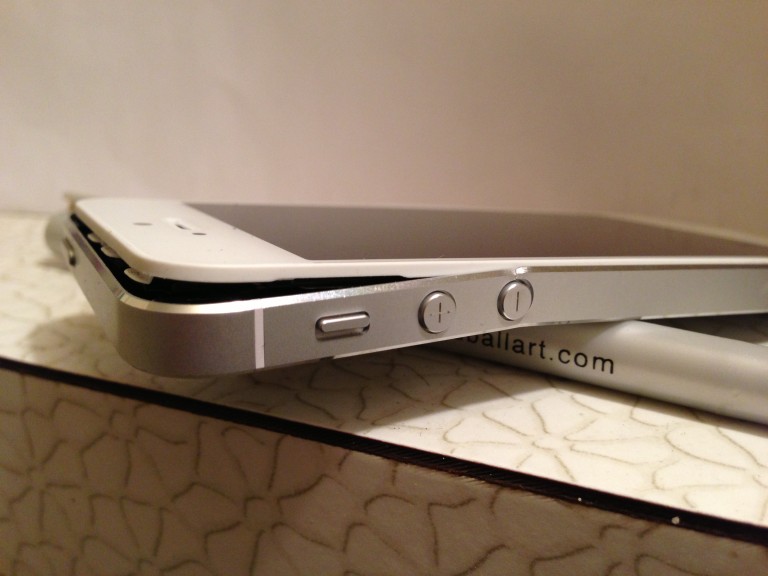 “Metal bends, plastic cracks, light refracts, and objects block radio waves. Collectively, these iPhonegates have been like a mini lesson in physics.”

Yup. Couldn’t have said it better.