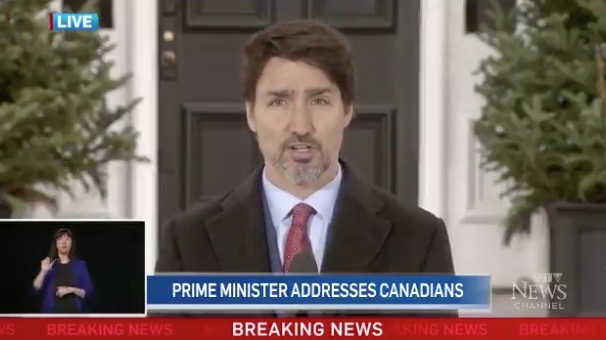 “I’m sorry to say there appears to be a text scam going around on the new emergency response benefit. I want to remind everyone that the government’s website is the best place to find reliable info on everything we are doing,” said Trudeau.

Trudeau references a text scam going around that @AnnieClaireBO tweeted about earlier today.

"I want to remind everyone that the governments website is the best place to find reliable info on everything we are doing" #cdnpoli #covid19https://t.co/dsKY0fOGwI pic.twitter.com/pAMK9zxF4Z

Alert: The emergency response benefit of Canada relief fund has sent you a deposit for $1375.50. See, https://emergencycanadaresponse.xyz. Data rates may apply. 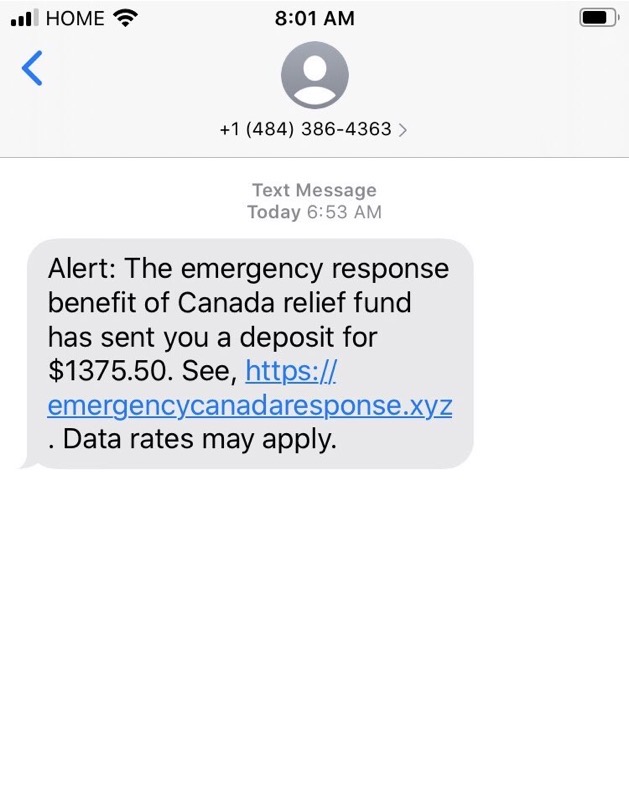 While tech-savvy users may know it’s a bogus message, some Canadians may not. For scammers, all they need are a small percentage of people to fall for fake text messages to acquire personal information.

Canadians can start applying for the new Canada Emergency Response Benefit (CERB) online starting April 6, 2020. The program—which replaces the previously announced Emergency Care Benefit and Emergency Support Benefit—aims to pay $2,000 per month for up to four months, to those eligible.

Last week, Health Canada warned of fraudulent calls related to its COVID-19 info service. During this coronavirus pandemic, it’s best to question any texts or phone calls you may receive that sound too good to be true, more so than before.