Canada’s information commissioner Suzanne Legault has asked government officials to stop using BlackBerry Messenger, as encrypted messaging is being used to keep messages away from public view, contrary to the law. According to The New York Times, the commissioner has concluded after a lengthy investigation that the BlackBerry Messenger service must be shut down on all government phones. 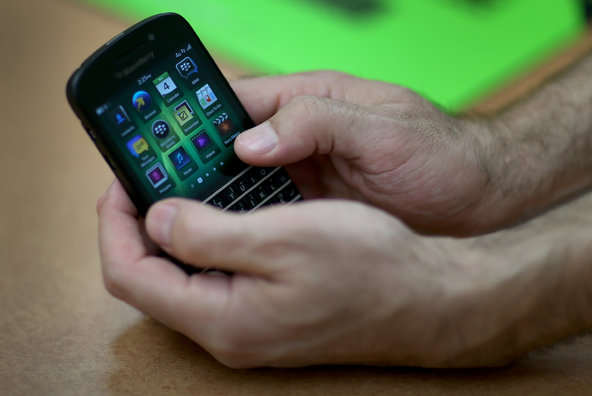 It is no secret in Ottawa that BBM is the medium of choice when bureaucrats wish to keep their communications hidden from view. Ms. Legault therefore asked the government to archive its instant messages on servers, as it does with email, because the law requires the government to retain “any documentary material, regardless of medium or form”. But when the government declined, citing the cost of storage and the burden of searching old messages to complete information access requests, Ms. Legault concluded that the only alternative was shutting down BBM on phones used by officials.

Tony Clement, the cabinet minister in the Conservative government who is responsible for government technology, however rejected that idea.

While his department, the Treasury Board, complained to Ms. Legault that there is too much B.B.M. traffic to archive, Mr. Clement took an opposite tack and suggested that the service is more of a personal convenience for bureaucrats than a business tool.

“We’ve got lots of public servants who are parents, and maybe they want to make sure their child is O.K., or a quick message that their child has come home safely from school,” Mr. Clement told reporters. “Those messages are not meant to be captured by a whole infrastructure.”

So unless the Parliament overturns Mr. Clement’s formal rejection of shutting down BBM for officials, bureaucrats can continue to use the service.

Do you guys think the government officials should be allowed to use BBM for encrypted communication?