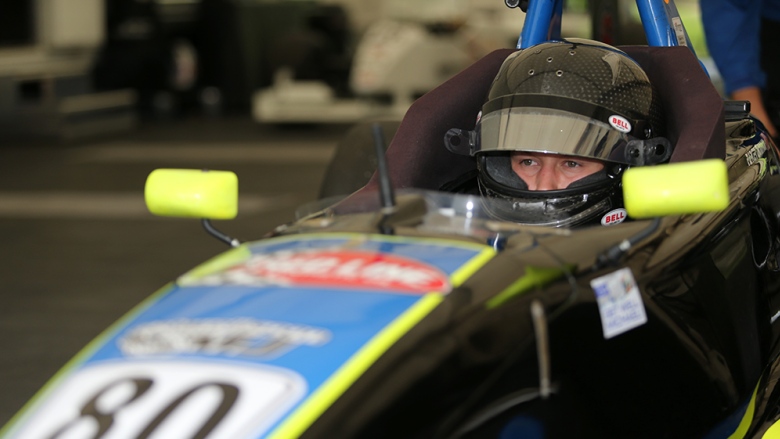 Parker Thompson, a 17-year-old Canadian race car driver, has said that he feels safer on a track than he does on a regular road due to the growing trend of using cell phones while driving, as he spoke with students at West Vancouver Secondary School and Rockridge Secondary about the dangers of distracted driving (via CBC News). “I feel safer driving a race car 240 km/h on a track”, Thompson said. Even a split second can change a driver’s focus, he added.

“One of my dad’s best friend’s daughter … she was involved in a distracted driving accident the first day she had her licence, so it was very impactful for me,” Thompson told CBC. “I feel safer driving a race car 240 km/h more than I ever would on a British Columbian street … and the reason for that is that all the drivers are really focused and our safety measures and our cars are far more than anything you would find on the street.”

Even though impaired driving remains the number one cause of car crash fatalities in British Columbia, distracted driving is the second leading cause, according to West Vancouver police Cpl. Jag Johal. “I could easily hand out 10 tickets in an hour-and-half just for distracted driving,” Johal said. “It’s really an issue.”

ICBC has found in a recent survey that 1 in 5 drivers in B.C. have admitted to using a phone while driving. Below is an infographic showing statistics on distracted driving in the region.