CardSwap has announced it has launched Passbook support for its online gift card marketplace. The service is described as follows:

CardSwap allows you to buy the gift cards you want for every day purchases, and sell the ones you don’t for cash. With every purchase or sale, you will earn SwapPoints.

“Making our gift cards and rewards available on a user’s iPhone is a natural transition from physical cards to mobile devices.”

The feature is currently in its pre-release phase, but members can register an activation code received with their purchases to seamlessly add and track card purchases within Apple’s Passbook app. Another feature of CardSwap’s Passbook integration is it provides details on the latest deals offered my merchants so users can easily decided when to redeem their gift cards.

For merchants looking to integrate Passbook, CardSwap has developed a new white-label platform for businesses to quickly adopt the feature in time for the holiday season.

Below are a couple images sent to us by CardSwap to give you a preview of what their Passbook integration looks like: 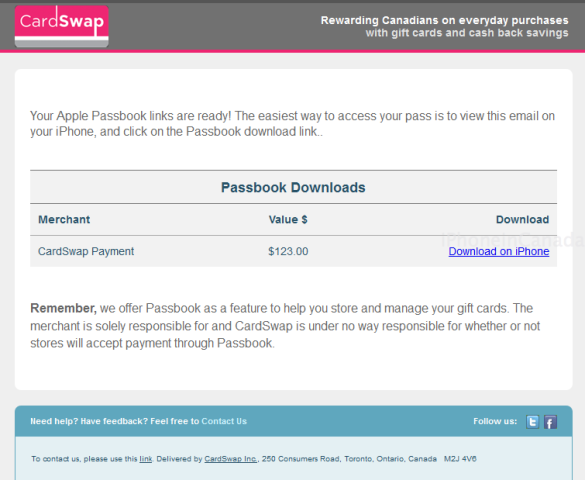 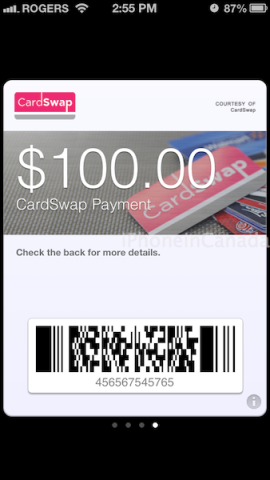 Anyone out there currently using CardSwap?