Newly published WikiLeaks documents have revealed that CIA has special tools and dedicated teams specifically for breaking into iPhones and other Apple products running iOS (via Yahoo! Finance). “CIA lost control of the majority of its hacking arsenal”, notes the 7,818 page long WikiLeak document published today. 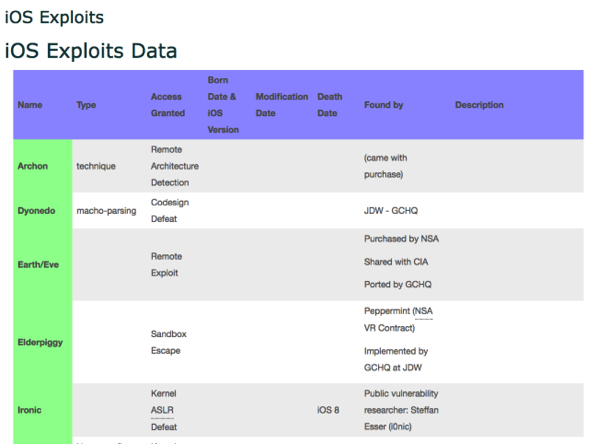 CIA also seems to have tools to gain unauthorized access to Android devices, smart TVs, and other computers, reveals the document, authenticity of which has already been verified by security professionals. However, security expert Will Starfach aka @Chronic, who is also the CEO of Sudo Security Group and has extensive experience with iOS exploits, believes that the “leaked iOS stuff from CIA appears to be nothing interesting or new”.

“So far, there is zero cause for concern,” Strafach said. “They definitely have vulnerability research (looks very similar to my own company’s internal wiki), but nothing which should be if any concern to a user on the latest iOS.” Strafach said he continues to look through the document dump, which will take time, and will share his findings later on Tuesday.

In a statement accompanying the document release, Wikileaks claimed that there was a group inside the CIA specifically dedicated to hacking iPhones and iPads.

WikiLeaks has made it clear that that the files it has published today, has had parts removed before publication, specifically any code that could be used as a “cyberweapon”.