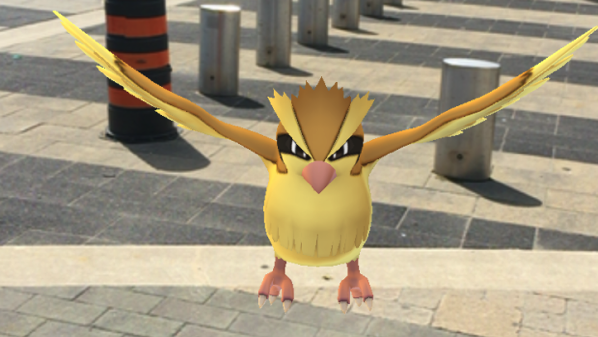 According to a CBC News report, the Canadian National Exhibition is using Pokémon Go to lure new fans this year.

The CNE staff has set up 31 Pokéstops and four Pokémon Gyms to lure digital creatures like Venusaur, Charizard and Pikachu and those who hunt them. They believe for fans of the augmented-reality mobile game adding Pokémon will mean the first visit to the Ex in a long time.

“I think it was when I was 12 and I went with my parents and since then I haven’t gone back, but now that I know there are Pokéstops I may have to visit this weekend,” said one fan. He works in marketing and says it’s a great strategy.

“I think it will also add to the experience of the CNE, which is awesome. Like, go catch Pokémon, hang out at the CNE, eat some food and what not. I think it’s really smart,” he said. “It’s kind of crazy and they’re going to get a lot of business from it so it’s smart for them to do that.”

The general manager of the CNE, Virginia Ludy, said they’ve had nothing but positive feedback about their Pokémon plan. “They’re at different attractions around the site — some in the midway, the Rose Garden, Bandshell Park,” she said. “Everyone seems to enjoy the game so might as well join them.”

As a Pokémon Go player, you’d know that Pokéstops are where you can collect extra digital rewards, such as Pokéballs and potions, while Pokémon Gyms are locations where trainers can battle their Pokémon against others for prestige, control of a competing team’s gym and Poké coins.

Are you heading to the Ex for some Pokémon hunting?