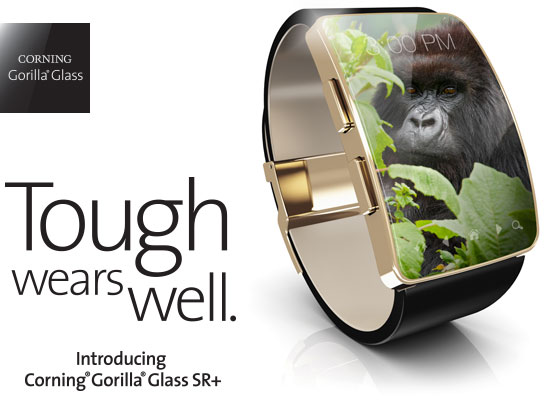 Corning yesterday unveiled its all new Gorilla Glass SR+ for smartwatches and other wearable devices, which has been designed to better endure the bumps, knocks and scrapes these wearables must withstand. The new glass composite significantly reduces visible scratches while delivering the toughness, optical clarity and touch sensitivity that make Gorilla Glass famous.

In lab tests versus those alternative materials, Gorilla Glass SR+ delivered 70% better damage resistance against impact, plus superior optical performance that enables wearable devices to feature longer battery life and easier readability in bright light. “If you want to push your wearables to the max, while keeping scratches to a minimum, insist on a wearable device with the toughness, style, and scratch resistance of new Corning Gorilla Glass SR+”.

In a little over 2 years, the U.S. Department of Justice has filed its second antitrust lawsuit against Google, this time targeting the search engine giant's advertising business (via CNBC). The new lawsuit is focused on the company’s online advertising business and seeks to make Google divest parts of the business. This antitrust suit, the news of...
Usman Qureshi
16 hours ago