Costco and Apple have had some growing pains that reached a boiling point with the iPad. Costco was snubbed by Apple when it came to carrying the iPad. A recent report from a Costco spokesperson has confirmed the relationship between Kirkland and Cupertino will be ending:

The chain is phasing out Apple products, per a mutual agreement between the companies, Galanti told The Seattle Times. Costco had sold iPods and pre-loaded iTunes cards for years, although never at huge discounts; and Apple never allowed Costco to sell its products online like other retailers, he said. “In the past couple months, we agreed to wind down.”

Apple spokeswoman Amy Bessette said the company has no comment.

Typically the discounts at Costco for Apple goods were only marginal at best. Regardless, it was still a convenient place to buy gift cards and iPods. Apple doesn’t want their prices to fluctuate and be seen as on discount. Costco’s buying power most likely butt heads with Cupertino’s lust for control. It seems Apple is the one company Costco couldn’t slay for acquiring a discount on bulk orders.

Your thoughts? Will you miss seeing Apple goods at Costco? 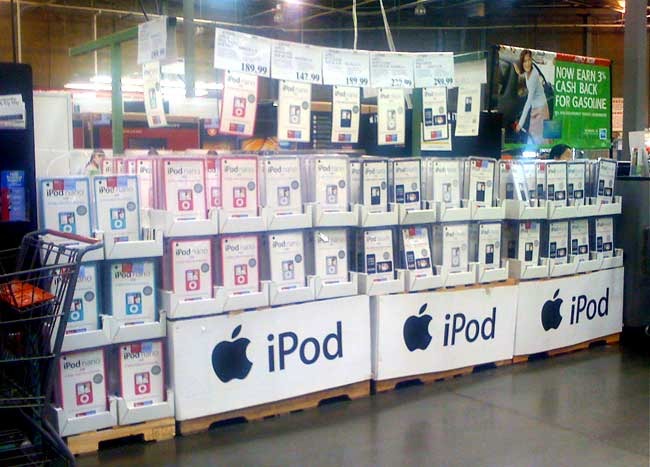