Doodle 4 Google has launched in Canada, and the contest by the search engine is calling for Canadian students from kindergarten to Grade 12 to redesign the Google logo and win a $10,000 scholarship. 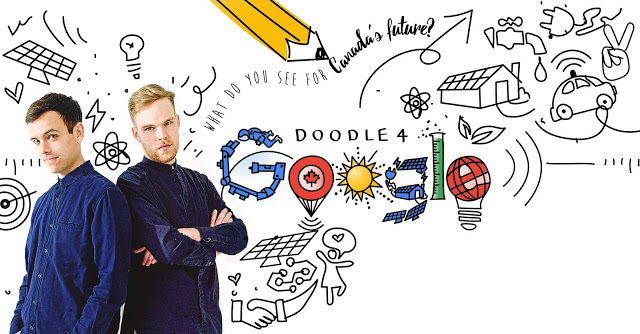 The theme of the doodle contest is “What I see for Canada’s future is…”, to celebrate Canada’s 150th birthday. The winning doodle will be featured on Google.ca for a day, while along with the scholarship, will include a paid trip to the finale event in Toronto in June, along with a $10,000 technology grant for their school.

Doodles across grade groups will be judged on “artistic merit, creativity and originality, and representation of the theme”, and the winner will be determined by guest judges which include Google employees, along with YouTube stars Mitchell Moffit and Gregory Brown, Minister of Science Kirsty Duncan, En Masse co-founder Jason Botkin, president of the National Inuit Youth Council Maatalii Okalik and Google Doodler Sophie Diao.

After a public vote, four grade group finalists will get flown to Toronto, where the first place winner will be announced in June.

Google vice president and Google Canada managing director, Sam Sebastian, said in a statement, “This year’s competition is all about celebrating the future of Canada. We’re excited to see how students imagine the next 150 years!”

The final day to submit a doodle is May 2, 2017. Details on how to enter are available here.