Back in June at WWDC 2014, Apple announced a new graphics API called Metal, which allowed a more efficient way for A7 or newer CPUs in iOS devices to render graphics.

Epic Games made their way on the stage at the time to demo Epic Zen Garden, built using Unreal Engine 4 to show off the efficiencies of Apple’s new Metal API. Josh Adams from Epic Games wrote about his experience on the company’s blog back at the time:

Tim Sweeney and I were on-stage to talk about the experience we at Epic Games have had working with Metal, and to show Zen Garden — a beautiful environment built in Unreal Engine 4 to demonstrate the  kinds of vibrant dynamic scenes and enormous vistas made possible by Metal’s order-of-magnitude increases in efficiency.

Epic Zen Garden hit the App Store as promised and is now available for free. If you thought the demo on stage was impressive, wait until you try this out for yourself on your iOS device. On our iPhone 5s, Epic Zen Garden was pretty stunning, in particular the scene with the butterflies by the pond (around 3500 individually animated butterflies): 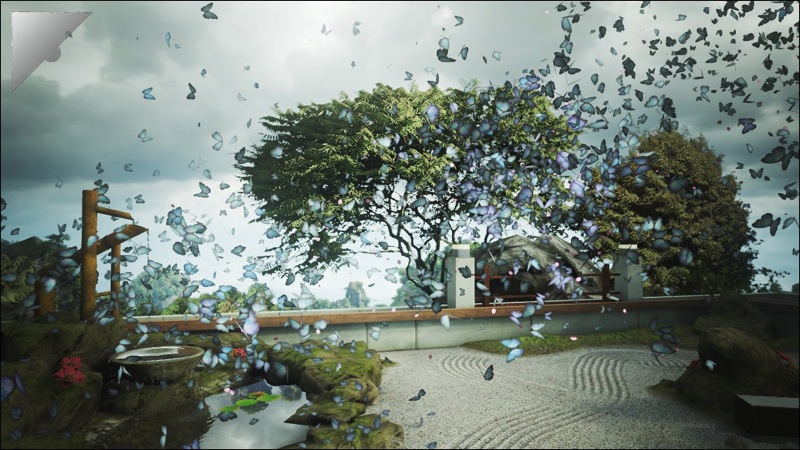 The WWDC 2014 demo of Zen Garden can be seen at the 99 minute mark in the video below, which highlights how Metal brings a tenfold increase in rendering efficiency:

Let us know how you like Epic Zen Garden—it’s a pretty phenomenal demo of what the new Metal API can do for graphics.