DuckDuckGo Shares its Data With Other Companies to Prevent Online Tracking

As part of its continued efforts to protect user privacy by preventing online tracking, makers of the DuckDuckGo privacy browser have revealed they have started sharing data collected about online trackers with other companies so they can also play their role in protecting user privacy (via CNET). 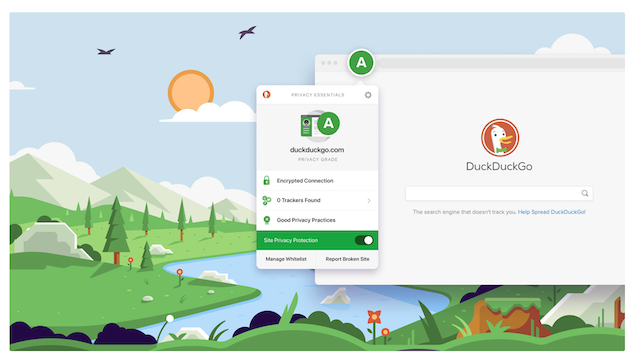 Called ‘Tracker Radar,’ the data set is available to anyone and details 5,326 internet domains used by 1,727 companies and organizations that track users online. Browser maker Vivaldi said earlier this week that it has already started using DuckDuckGo’s data set.

“There will be others using it,” including browsers more widely used than Vivaldi, said DuckDuckGo founder and CEO Gabriel Weinberg. “Our vision for the company is to raise the standard of trust online,” he added:

About 32% of us have taken some action to protect our privacy online, a Cisco survey found. That can include adopting tracker-blocking browsers like Apple Safari, Brave Software’s Brave, Mozilla’s Firefox, Microsoft’s Edge or the mobile browsers DuckDuckGo offers for Android phones and iPhones.

People downloaded DuckDuckGo’s browsers and browser extensions 20 million times in 2019 and are doing so at a rate of about 100,000 per day now, Weinberg revealed.

Anyone can use the Tracker Radar data, which DuckDuckGo updates once a month. But for those who want the company’s help using the data, DuckDuckGo also licenses it for a fee to cover costs.