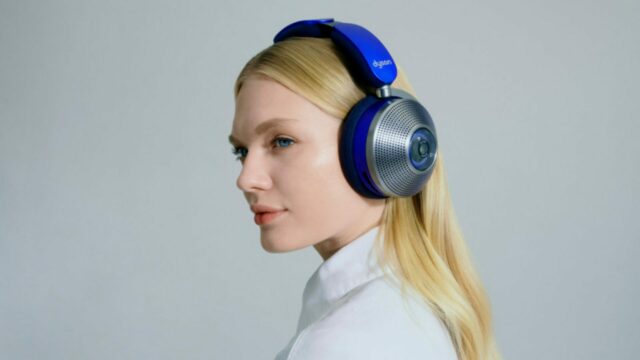 Dyson has fully unveiled its innovative headphones. The Dyson Zone is the first wearable from the company. To no surprise, the company is leaning on its air-purifying technology and pairing it with its new audio technology.

Dyson Zone is the first attempt at expanding into the wearable category. In order to branch out, Dyson has been expanding its initiatives in order to build and engineer new audio technologies. Plus. it wouldn’t be a Dyson product if the ever-expanding team didn’t continue to utilize and prioritize air purification.

Unlike many other Dyson purification systems, that utilize fine strands of glass, the Dyson Zone’s air purification uses an electrostatic material with charged fibres. This ensures that the filters are able to capture 99% of nearby particles in the air. Air pollutants as small as one micron are able to be detected and filtered.

According to Dyson, these microns can be 1,000 times smaller than the diameter of human hair. Allergens, brake dust, industrial emissions, and other pollutants can all be filtered by the Dyson Zone’s filters. 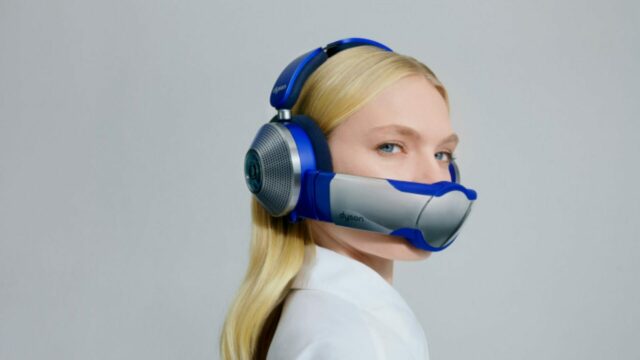 The engineering team has created fair flow compression units that are small enough to be built into the Dyszon Zone. These compressors spin at roughly 10,000 rpm and are suspended roughly an inch from the user’s ear. These draw and purify the air. With the use of the Dyson Zone visor, the headset can create a “breathing zone.” The visor collects purified air from both ear cups and floods the breathing zone with air. This air purification system can be turned on or left off depending on the user’s surroundings and desired experience.

The Dyson Zone is a wireless, pair of Bluetooth headphones It is powered by lithium-ion batteries. Dyson is promising up to 50 hours of audio playback with the air purification system turned off. Additionally, the Dyson Zone features three air purification settings –– low, medium, and high. When these settings are active, battery life is estimated at six, three, and one and a half hours respectively. Built into the headset is a USB-C port for charging.

Dyson is utilizing audio engineers to craft the listening experience. In order to shape its audio experience, Dyson has five pillars. First up is ultra-low distortion. With this in mind, Dyson claims it’s been able to lower the distortion of audio from its intended recording quality ie: bass, lows, and mid-highs. The output technology intelligently adjusts the driver’s signal processing by roughly 48,000 times per second. 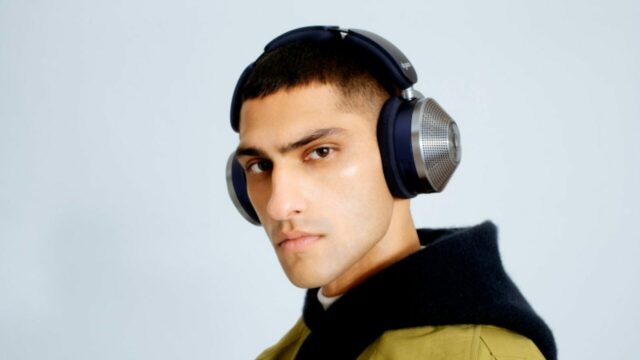 Additionally, the Dyson Zone features active noise cancellation. This passive feature can be turned on or off. In addition to cleaning air pollutants, Dyson is also aiming to clean sound pollutants from the listening experience. This is done by first developing a secure yet comfortable seal around the ear. Next, the Dyson Zone monitors and adjusts the external environment in order to cancel the noise. Anti-noise signals are created to conceal these sounds via the two ANC systems of the Dyson Zone. While the headphones feature 11 microphones, the Dyson Zone utilizes eight to monitor external noises.

Bridging the user to the Dyson Zone is the MyDyson app. Over 2022, the company has been integrating further use and urgency in its app. Users will be able to personalize the frequency response from 6Hz to 21kHz. The app can also display real-time environmental noise levels and information pertaining to the pollutants such as NO2 levels.

The Dyson Zone is first launching in January in China. Following that, the headphones will be making their way to the U.S., Singapore, Hong Kong SAR, and the U.K. in March. Canadian pricing and launch window are still to be determined, but it will cost $949 USD ($1,297 CAD after exchange). More information can be found on the company’s website.