As spotted by The Tape Drive, tvOS 14.5 RC code suggests that Apple is working on eARC and ARC support for the newly announced 2021 Apple TV 4K. The feature is currently being tested in the latest tvOS beta releases. 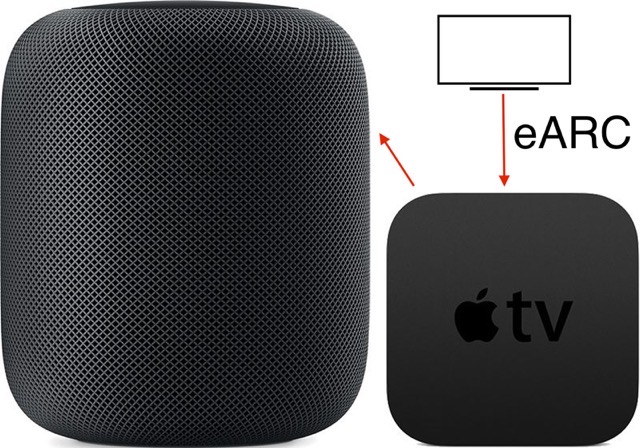 For those who aren’t familiar, ARC, or Audio Return Channel, is a feature of HDMI 1.4, that allows users to send audio and video to their tv from a set top box or their smart tv and passthrough the audio through an HDMI port. It also lets users send volume and mute commands from their set top boxes to their receiver or sound bar.

As for eARC, or enhanced Audio Return Channel, it further adds support for sending higher bandwidth audio such as Dolby Atmos, to receivers and sounds bars along with support for Lip Sync Correction.

As noted by the source, eARC support on the Apple TV will also allow users to use HomePod, when set up as home theatre speakers, for not only audio coming out of their Apple TV but all their home theatre audio needs.

“So if eARC is a feature to send audio to a device then why would the Apple TV support it? Because this is how Apple will allow users to send audio coming from other set top boxes like a cable box, PS5, or Xbox Series X to their TV via HDMI and then from the TV to the Apple TV via eARC over HDMI and finally from the Apple TV to HomePod.”

It must, however, be noted that the Home Theater setup, a feature introduced last year in tvOS 14.2, currently only supports the discontinued HomePod and not the current generation HomePod mini.