Epic Games Inc. and its award-winning development studio, ChAIR Entertainment, today announced that earnings from their iOS video game franchise Infinity Blade have surpassed $30 million in just one year since its introduction in December 2010. The iOS exclusive RPG series which consists of the original Infinity Blade and the recently released Infinity Blade II, is based on the award winning Unreal Engine 3 technology. Infinity Blade II, which is available for $7 on the App Store and was launched on December 1st 2011, has already generated over $5 million in revenue. 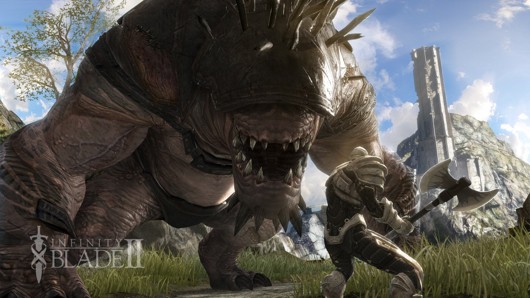 “The success of the Infinity Blade franchise is testament to our talented team who is devoted to making games we want to play, all while using Unreal Engine technology to redefine what is expected from games on iOS devices. We have so much more in store for players, and will continue to make great content for Apple’s evolving platforms.”

Infinity Blade II was one of the most critically acclaimed games of 2011. IGN scored the game a “Perfect 10” and named it their 2011 Mobile Game of the Year. Infinity Blade II was also named among E! Online’s ‘Top 10 Games of 2011,’ one of the ‘Best Apps of 2011’ by Entertainment Weekly, and was cited by Mashable in its ‘5 Major Trends that Changed Digital Entertainment in 2011’ feature.

Apple analyst Ming-Chi Kuo has today claimed in a series of tweets that only the highest-end 'iPhone 16 series’ model will feature a periscope camera lens next year. Earlier this month, a report by The Elec noted that the new periscope camera lens expected to debut this year exclusively in the iPhone 15 Pro Max will...
Usman Qureshi
8 mins ago

Instagram co-founders Kevin Systrom and Mike Krieger are making a return with a brand new project called ‘Artifact,' a personalized news feed driven by artificial intelligence. As noted by the Platformer, the app uses machine learning to understand your interests and will soon let you discuss those articles with friends. The company plans to let users in...
Usman Qureshi
28 mins ago